Snapped: The celebrities spotted in the UAE this month

With so many A-listers (and, let’s be honest B-, C- and D-listers) visiting the glittering emirate every day, here’s a monthly compilation of who was spotted where.

We’ve had a fair few famous faces crop up since we last did a round-up, seeing famous singers, rappers, comedians and more grace our shores.

So without further ado, here are the celebrities spotted in Dubai in the past month…

The Canadian singer/songwriter, probably best known for his controversial hit Blurred Lines was seen in the city last week with girlfriend April Love Geary. If only his reputation was as ice cold as the popcorn in the video.

Everyone’s favourite one-legged Australian was in Dubai as part of his Clown Heart tour, a comedy show focusing on raising kids and dealing with the idea of death and getting older. Doesn’t sound very comedic, we know, but Adam Hills seems to have a way of getting a leg up on touchy subjects (pun intended). Our features writer Stacey caught a lucky snap with the comedian after his pre-show interview. 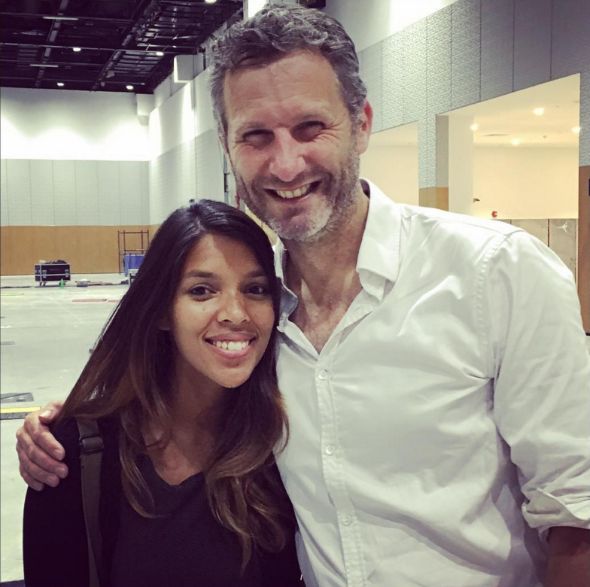 The most decorated football player of all time stopped by Dubai for a relaxing holiday (and clearly a bit of suntanning time). He was all too polite to grant our Junior Writer Jack a photo when he spotted him at the newly opened Billionaire Mansion. 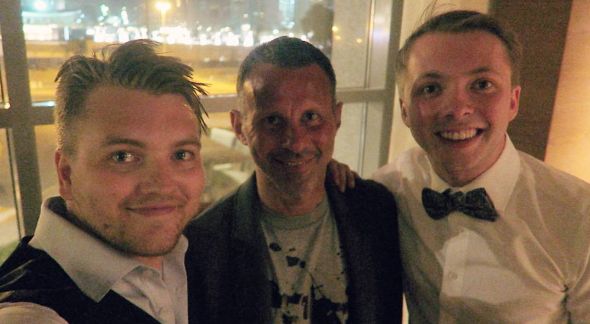 With over 60 million record sales worldwide, there’s no doubt that Najwa Akram was one of the pioneers of Lebanese-Arabic pop. She currently plays a judge on the TV show Arabs Got Talent and was in town delivering a concert at a Gala at the Notre Dame University. 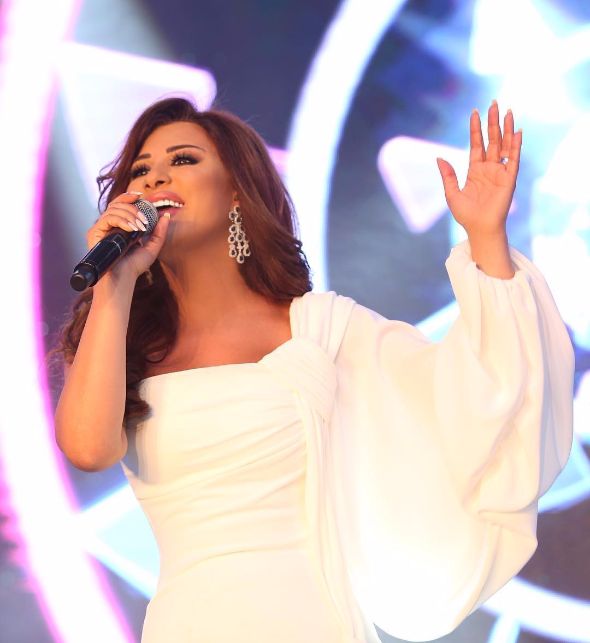 Dubai seems to have some insane pheromone-like allure for British B-list reality stars. Here we’ve got Megan McKenna, and no, she’s not the daughter of the great hypnotist Paul McKenna – she’s a cast member on The Only Way Is Essex and was on the poorly named Celebrity Big Brother. She hung out at the Madinat with her boyfriend – also from TOWIE – ‘Pirate Pete’. 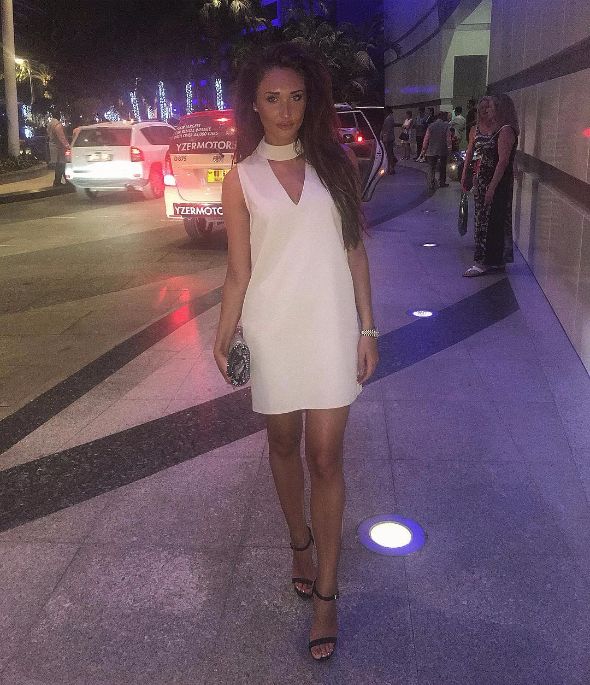 The Los Angeles rapper, producer and performer popped into town for a show at WHITE. If you’re wondering why he’s called Kid Ink, the guy’s covered with over 25 tattoos on his face, arms, hands and torso. As for the ‘Kid’ part of his name, he chose it quite a while ago. Now that he’s 30, perhaps he should change it to ‘Nearing Middle Age Ink’? Just a suggestion. 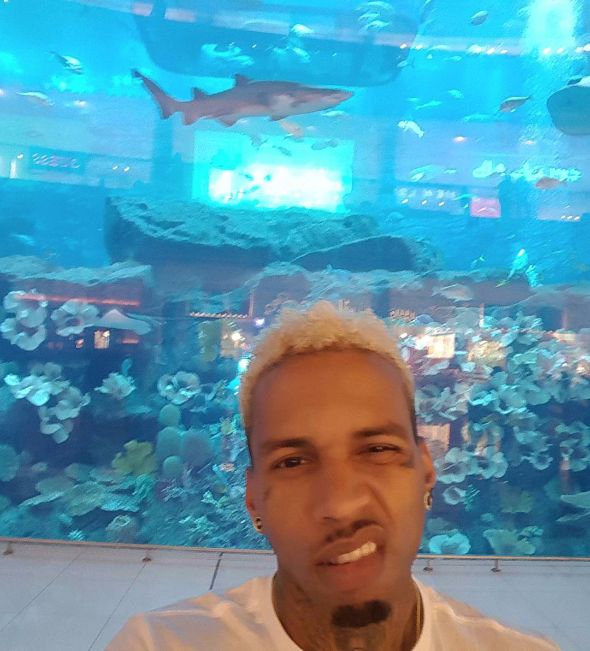 As an Australian chef and restaurateur, Calombaris is probably best known for his role on hit show MasterChef Australia and daytime cooking show Ready Steady Cook. Calombaris made a quick pit stop at chef-buddy Jason Atherton’s place during his trip to Dubai. 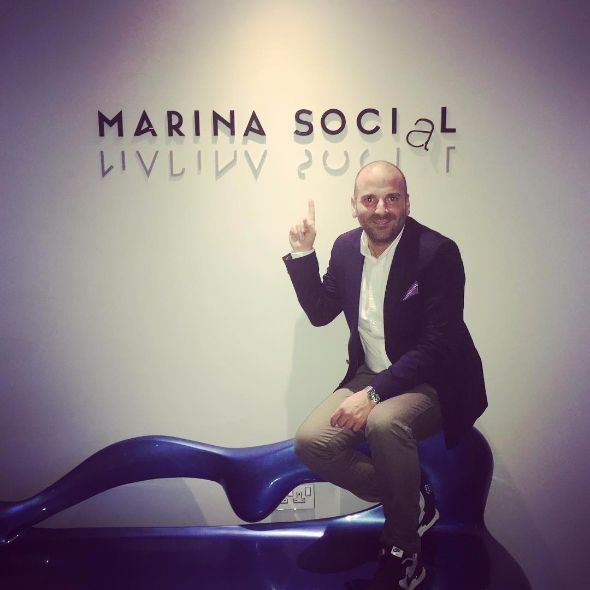 DJ and radio host, Raashaun Casey or ‘DJ Envy’ took a break from the States over Memorial Day weekend to hit up Dubai and Abu Dhabi along with his family. 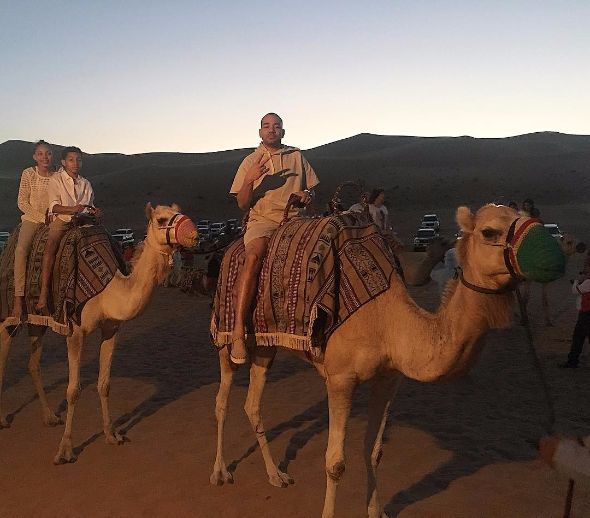 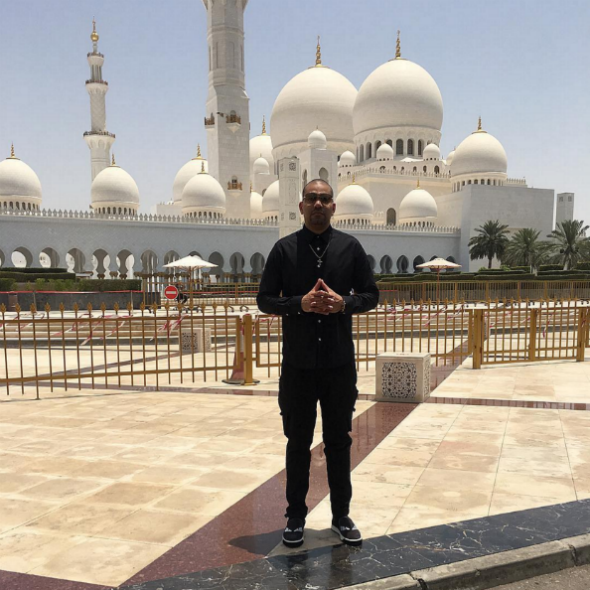 The trance legend himself swung by Dubai to play a concert as part of his ‘Embrace’ tour at the Meydan Arena. We wonder if he’s getting some inspiration for some moody tunes out in the dunes? 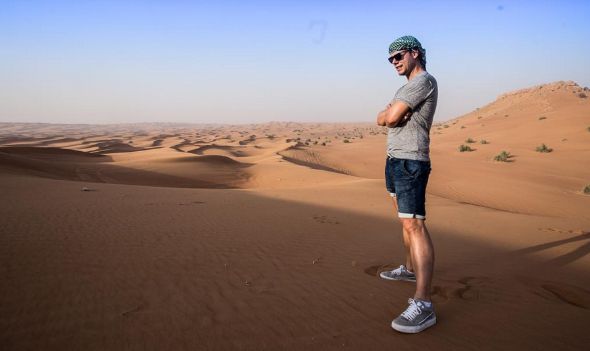 The American comedian, known for his high energy, cartoon voices and for being a little… well, fluffy, is here for his #FluffyBreaksEven tour at the Dubai World Trade Centre on Friday June 3. Looks like he’s flying in class… 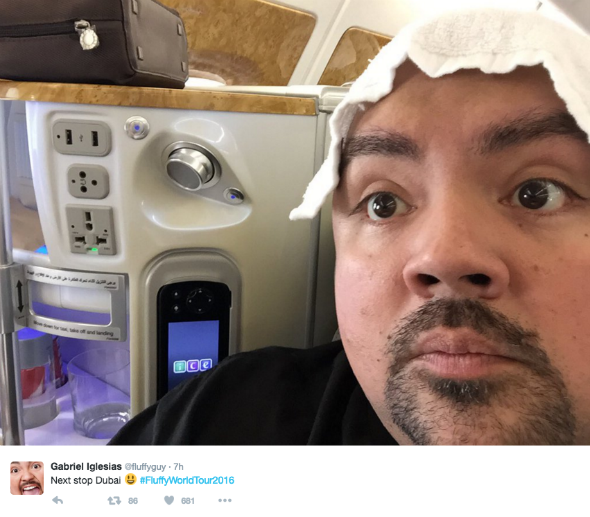 News
EDITOR’S PICKS
13 Sheikh Hamdan-approved restaurants in Dubai
READ MORE
Dubai brunches temporarily banned in new preventative measures
READ MORE
12 upcoming Dubai mega-projects we can't wait for
READ MORE
16 of the best beach bars in Dubai for sundowners
READ MORE
MOST POPULAR
Stay at the new Hilton Abu Dhabi Yas Island with park access from Dhs429
This Dubai beer garden is the perfect post-work watering hole
BOA Dubai has closed forever, here's what will replace it
2 Dubai chefs are teaming up for a cool collaboration in D3 next week
Win! Dhs500 to spend on food and beverages at Dubai Festival City Mall
YOU SHOULD CHECK OUT
Our website uses cookies and other similar technologies to improve our site and your online experience. By continuing to use our website you consent to cookies being used. Read our privacy policy here.