Work in the public sector? We have good news. Work in the private sector? You’re getting two days off…

The private sector will get the first and second days of the month of Shawwal as official paid holidays off, and while it’s still unclear whether that will be Tuesday July 5 and Wednesday July 6 or Wednesday July 6 and Thursday July 7, it’s more likely to be the latter (meaning you’ll have a four day weekend).

Meanwhile, those in the government and public sector will have Sunday July 3 to Sunday July 10 off, meaning they’ll get five paid working days off.

“This gesture is to thank them,” he said of the public service. This also means that all public sector offices will be closed for a week.

The holidays falling near the end of the school year means Dubai airports are going to see peak periods this weekend and next.

What is Eid Al Fitr? 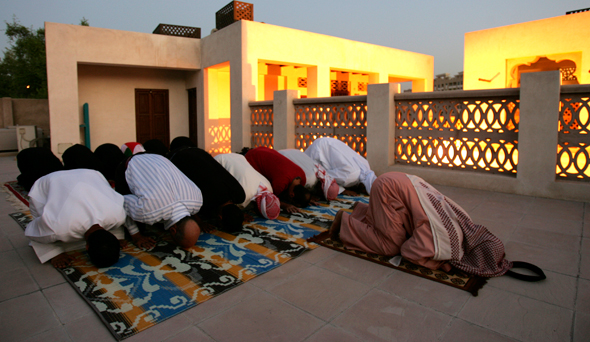 Called ‘The Festival of the Fast Breaking’, Eid Al Fitr marks the beginning of the Islamic month of Shawwal, which always follows Ramadan.

Just before Eid Muslim families donate food to the poor, and on the first day of Eid they gather at mosques for the early morning prayer at around 5am. This prayer is often performed outside (as seen in the picture above).