Paris Hilton is planning to open her own hotel in Dubai

First there were TV shows, then jewellery, handbags and perfumes, and now Paris Hilton is expanding her multi-million-dollar empire to include hotels.

Yes, the hotel heiress is now branching into the family business, and she plans to start by opening three luxury developments in New York, Las Vegas and Dubai.

According to Forbes, the 35-year-old has been planning to launch her own line of accommodation for some time, and has chosen those destinations as they are among her most visited cities.

The entrepreneur – who is the great-granddaughter of Hilton Hotels founder Conrad Hilton – is already a seasoned pro when it comes to launching new businesses.

READ MORE
*Take a peek inside the just-opened W Dubai Hotel*
*IN PICTURES: The rainforest inside a Dubai skyscraper
*Fancy camping out at Ski Dubai? Well, now you can*

There are 50 Paris Hilton-branded boutiques across the world, bearing accessories in her name, and her wide range of perfumes has earned her a whopping Dhs5.5 billion in revenue. All together, she’s said to be worth around US$100 million (Dhs367 million).

So don’t be fooled by the persona she put on in The Simple Life – Hilton’s a lot savvier than many give her credit for. 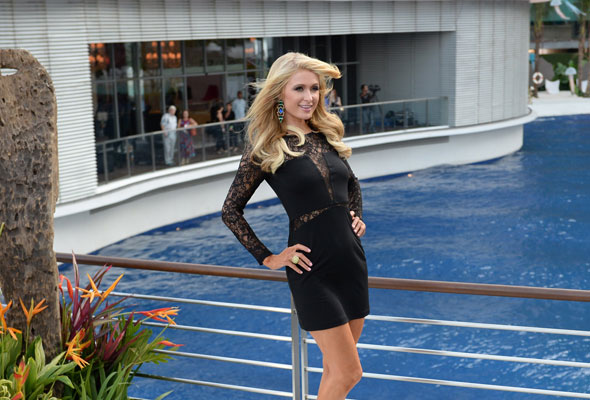 Hilton at her Paris Beach Club near Bicutan, in the Philippines.

Her new hotel line won’t bear the Hilton brand name (of which there are already several in Dubai) – instead she’ll stick to the theme of her beach clubs.

Hilton currently has two Paris Beach Clubs, both found in the Philippines, which are made up of residential buildings that share amenities such as parks, “zen gardens” and lap pools.

Think of it as glamorous, beachy living (so something that’ll fit well into Dubai, then).

There’s no word on when we can expect it to open, but we’ll keep you updated.

News
Staycations
Travel
EDITOR’S PICKS
Here's the full list of UAE public holidays in 2023
READ MORE
23 incredible things to look forward to in the UAE in 2023
READ MORE
Hidden gems: 10 UAE desert pop-ups to discover this winter
READ MORE
Where to travel in 2023: 10 new flight routes from the UAE
READ MORE
MOST POPULAR
Cult Expo bakery, Bread Ahead to open in Mall of The Emirates
First look: Milos by Costas Spiliadis opens in Atlantis the Royal
Upcoming performances, international artists and more in Dubai
16 upcoming shows, sports events, concerts and festivals in Abu Dhabi
Win a holiday around the world with Dubai Creek Resort
YOU SHOULD CHECK OUT
Our website uses cookies and other similar technologies to improve our site and your online experience. By continuing to use our website you consent to cookies being used. Read our privacy policy here.