Take a peek inside the just-opened W Dubai Hotel

Bathrooms in the bedrooms, private yoga instructors, and even catwalks in the poshest of rooms… yep, this one’s worth a nose around.

Just over six months after the unveiling of the opulent St Regis hotel, Al Habtoor City is growing again. The major development right near the Business Bay Metro Station has just lifted the curtain on its latest hotel debut, the W Dubai.

? From our DJ Booth??. First look at our W Lounge, NOW OPEN nightly from sunset to 2am. #WDubaiRevealed #TurnUpTheHeat

Whereas the St Regis is all classic marbles, vintage-inspired linens and heavy gold curtains, the contemporary W is a blur of glowing lights, sleek curves, and architectural chrome fittings.

The five-star accommodation marks W’s first venture into the UAE, and is only the second in the GCC after W Doha.

READ MORE
*In pics: Inside the St Regis Dubai*
*Heard a rumour about something in Dubai? Here’s how to clear it up*
*Take a sip from the Burj Khalifa with Dhs700 water bottle*

Already sounds like your kind of thing? If you get in quick, there’s a special opening rate (from Dhs899 per night), which will also get you a bevy of freebies including late checkout, breakfast and wifi.

So what does the place look like, you ask? Well let us take you on a little tour of the 33-storey set-up.

The reception looks like some kind of disco ice palace. 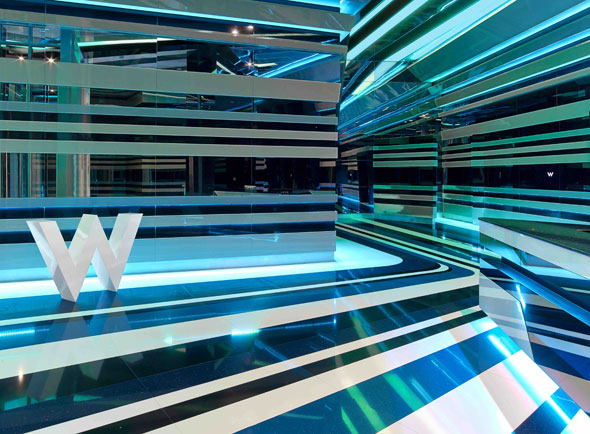 Prepare to feel like you’ve been whisked into a real-life video game as soon as you step off Sheikh Zayed Road and into the ground-floor reception, Wheels. But if the interiors are making you feel a little dizzy, not to worry – guests immediately take a 30-floor elevator ride to check in at the official hotel lobby.

The lobby is more like a club than a check-in.

? From our DJ Booth??. First look at our W Lounge, NOW OPEN nightly from sunset to 2am. #WDubaiRevealed #TurnUpTheHeat

At W Lounge (that’s where you check in and out), you’ll find a reception-meets-lounge filled with super-modern seating, and a panoramic view of the city where you’ll get a bird’s eye view of the Dubai Water Canal once it’s completed. Here, you can take a load off with a cocktail and music from sunset to 2am. 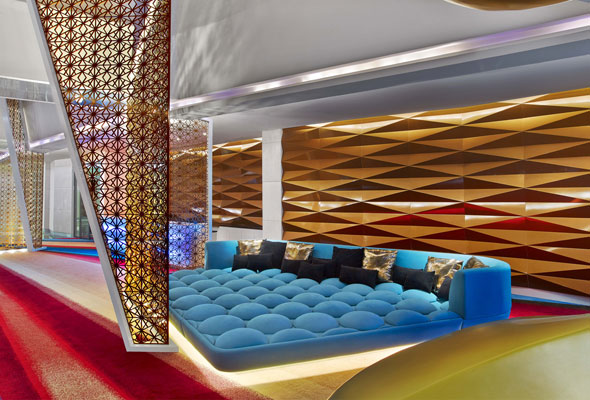 The rooms are pretty slick… 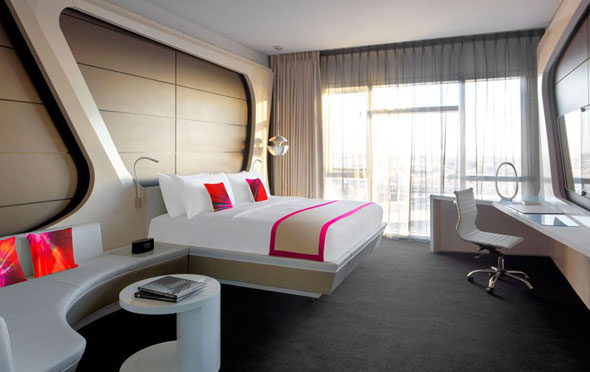 If you’re not staying alone, be warned – here you’ll find your bathtub smack-bang in the middle of your bedroom.

It wouldn’t be #WDubai if we didn’t put the bathtub in the middle of your suite, would it? ? #WDubaiRevealed #SuiteLife #StayTuned

Across the W’s 365 rooms and suites – designs courtesy of Singapore’s Silverfox Studio – expect minimalist backdrops, chromes fixtures, only the newest tech (you can enter your room via an app, not a key), and a hearty splash of bold patterns.

… but the suites are another level. 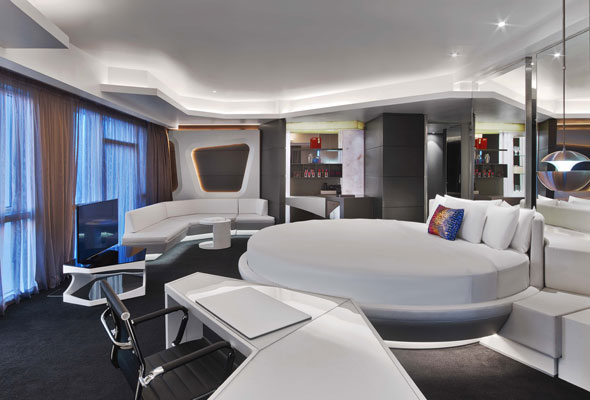 At the lower end (though we’d hardly call it low-end). the Marvellous Suites have their own lounge area with bar, and a walk-in closet.

But if you’re looking to really splash out, the 449sqm Sensational Suite and 690sqm Extreme Wow Suite should do the trick (the clue’s in the name – the latter takes up the entire 27th and 28th floors).

The Sensational is centered around a bar, with its own lounge, DJ booth, dance stage, jacuzzi and steam room, and the Extreme Wow has the same with some added extras, including a wine chiller, pool table and catwalk ramp. So if you’re looking to host your own America’s Next Top Model…

There are plenty of spaces in which to break a sweat.

You will be able to relax and detox on our WET Deck. #WDubai opening in just 3 more days! Check out our opening offer – link in bio. #TurnUpTheHeat

A private in-room lesson with the hotel’s own yoga instructor? Yes please. But if stretching and deep breathing isn’t for you, there’s a fitness centre (complete with its own healthy snack bar). Once the summer heat has eased off a bit, sunseekers can find a spot at one of the Wet Deck’s cabanas (and knock back a cocktail at the same time).

Welcome to LEVEL SEVEN, a social hot spot where the best of the Mediterranean is displayed on a New/Next “Food on Stage” style…24/7!! ?? #LevelSevenDubai #WDubaiCantWait #WDubai #OpeningSoon 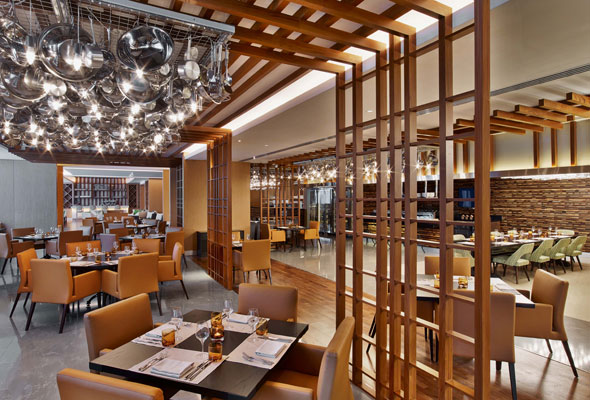 Next month you’ll also be able to fill up at Namu, W’s destination restaurant that blends Japanese and Korean flavours.

Introducing NAMU, the stage where the rivalry of Korean & Japanese flavors comes to life. Soon you’ll be invited to #TasteTheRivalry right at the top, at Level 31. #NamuDubai #WDubaiCantWait #WDubai

Al Habtoor City’s third and final hotel, a 1,000 room Westin, will open at a later date.

Culture
Staycations
Travel
EDITOR’S PICKS
13 Sheikh Hamdan-approved restaurants in Dubai
READ MORE
Dubai brunches temporarily banned in new preventative measures
READ MORE
12 upcoming Dubai mega-projects we can't wait for
READ MORE
16 of the best beach bars in Dubai for sundowners
READ MORE
MOST POPULAR
Abu Dhabi restaurants where you can celebrate your love of Spritz
6 great beachside breakfast spots to try in Dubai this weekend
7 great deals to check out in Original Wings & Rings in March
Throwback: Check out these photos of the UAE's first hotel
5 empowering ways to celebrate International Women's Day in Dubai
YOU SHOULD CHECK OUT
Our website uses cookies and other similar technologies to improve our site and your online experience. By continuing to use our website you consent to cookies being used. Read our privacy policy here.