Have you noticed the mobile game taking over Dubai?

Have you noticed groups of people running around the city, eyes glued to their phones, slowly congregating towards each other in malls and landmarks?

Well it’s not some new cult… well, actually it kind of is. They’re probably playing Pokémon GO, the app that lets you chase fantasy cartoon characters all around the globe.

The new mobile game is fast taking the world by storm, with reports from mobile app analytics site SimilarWeb showing that a mere two days after its release, Pokémon GO was already installed on 5.16 per cent of all Android phones in the US.

Currently, the app from developer Niantic has only been released officially in the US, UK and Australia. However, it still seems to have made its way over to Dubai, and is slowly beginning to take over.

The game is so popular, it’s made Nintendo’s stock price skyrocket by close to 22 per cent.

If you’re not yet acquainted with Pokémon GO, it’s an app that allows you to venture out into the real world (yes, the real world) with your smartphone and catch Pokémon (no, not real Pokémon) all around the city.

So unlike most games you play sat on the sofa, this one actually comes with some cardio. 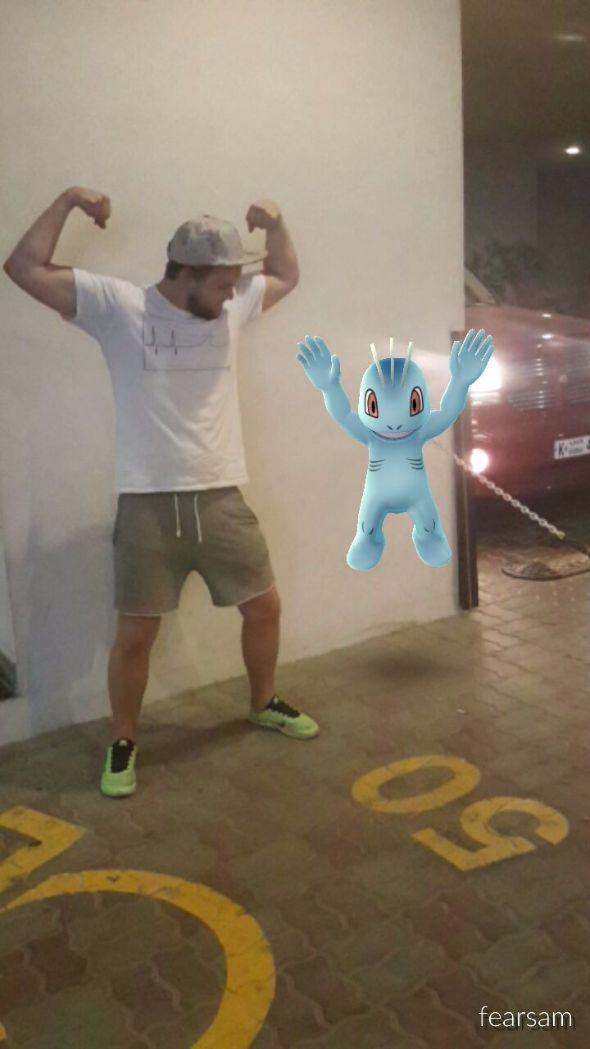 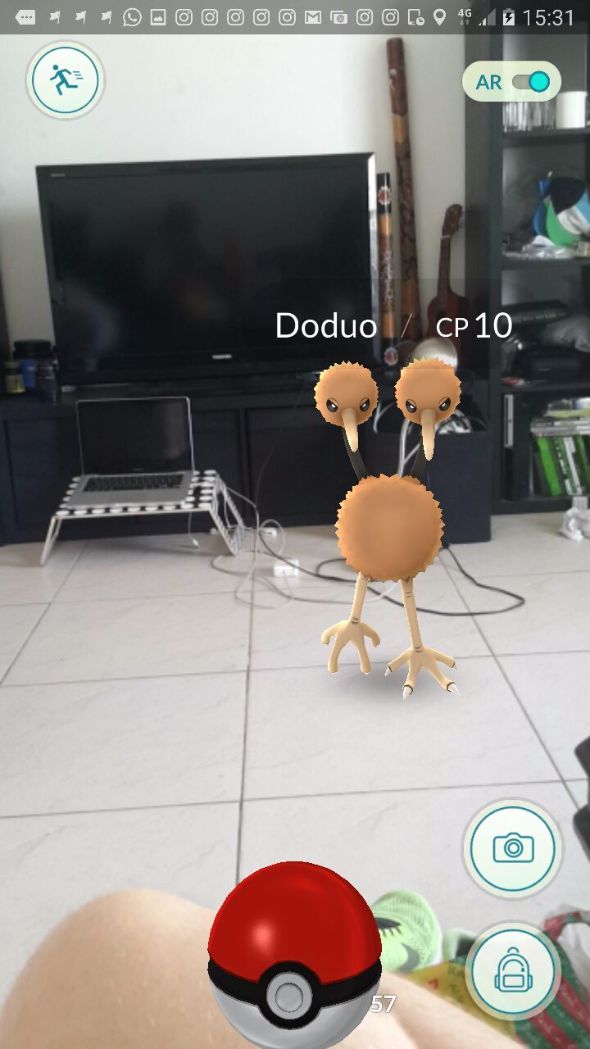 With said Pokémon, you can train them up and have them take over ‘Gyms’, which are various locations throughout Dubai in which you have to beat the previous leader to become the new king. Why? To be the very best, like no one ever was…

As a member of either the red, blue or yellow team, you have to slowly take over the city’s gyms (currently, red’s doing pretty well in Dubai – they ‘own’ the Burj Al Arab). 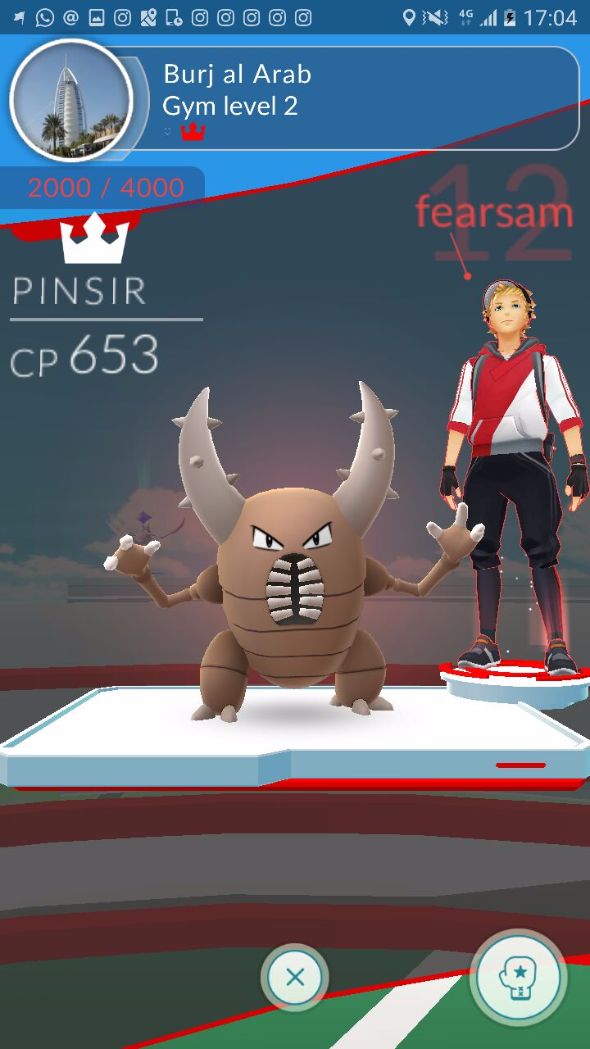 However, what’s incredible about this game is the whopping sense of community.

Sit in a busy mall, pop down a ‘lure’ to attract nearby Pokémon, and watch other Pokémon GO ‘trainers’ appear from the shadows.

Here are some pictures of random Pokémon GO lure-inspired meet-ups in the USA: 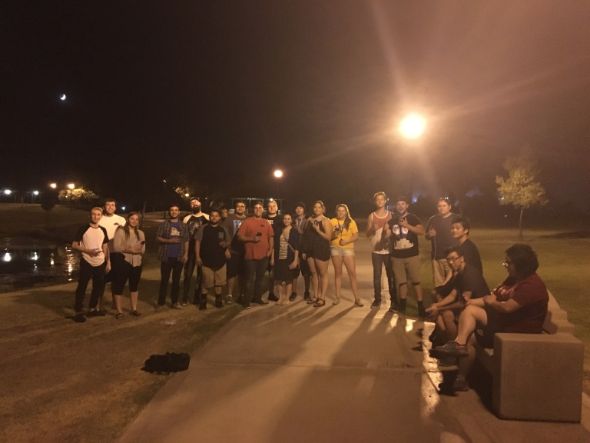 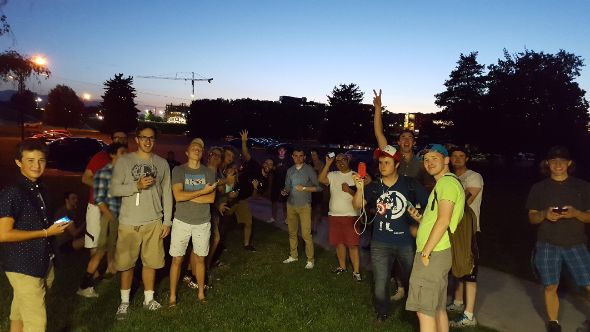 However, as Dubai’s Pokémon GO scene grows, it must be reiterated that your own safety and the safety of others is more important than the missed opportunity of catching all Pokémon.

Abu Dhabi Police have even issued a warning, urging players to not expect “cars to know you are there”, according to The National.

Don’t stick your hazards on halfway down Sheikh Zayed to grab that rare Dragonite, and do remember to look both ways before crossing the road. Some drivers might be playing Pokémon GO and driving.

News
Things to do
EDITOR’S PICKS
Ain Dubai will open with fireworks, live music and a drone show
READ MORE
Incredible Aura SkyPool to open in Palm Tower this November
READ MORE
Brit Grand Slam hero Emma Raducanu confirmed for Mubadala Tennis
READ MORE
What’s On Nightlife Awards 2021: Here are the nominees...
READ MORE
MOST POPULAR
Nancy Ajram and Ragheb Alama are performing at Expo 2020 Dubai in November
Miami Beach-inspired luxury resort Th8 Palm is opening in November
Watch your next film under the stars as outdoor cinemas return to Dubai
This new ladies' night offers a free open bar every Tuesday
This Sicilian rooftop party brings Godfather glamour to Dubai
YOU SHOULD CHECK OUT
Our website uses cookies and other similar technologies to improve our site and your online experience. By continuing to use our website you consent to cookies being used. Read our privacy policy here.