Dubai is getting a cinema in a restaurant

This is just what Dubai needs…

Reel Cinemas has just announced that it’s building a movie theatre within a restaurant.

They claim it’s the first “dine-in cinema” in the region, however there is already The Theatre by Gary Rhodes at Mall of the Emirates.

This opened last year and the Rhodes-helmed kitchen serves fancy food like foie gras panini straight to your seat. Perhaps the Reel Cinema version will be more of a table and chairs, traditional restaurant setting.

Where will it be? Well they’ve teamed up with property developer Nakheel to create the five-screen “luxury” cinema in the being-built-now Dhs800 million Palm Jumeirah waterfront mall The Pointe.

Just over the bay from Atlantis The Palm (as you can see in the above image), the mall will have dancing fountain shows, a long promenade for late-night strolls and over 150 retail and food outlets.

Heres where you’ll find The Pointe – it’s scheduled to open this year, but whether that will happen has yet to be confirmed: 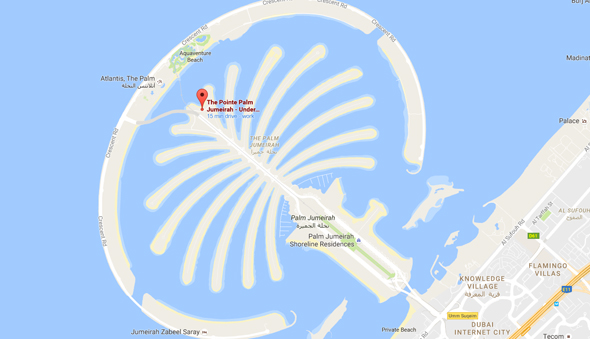 The cinema complex will offer up everything you’d expect from a top-of-the-range cineplex. We’re talking the latest and greatest in audio-visual tech, ergonomic seating and personalised service.

All five of the screens will have a total of 250 seats according to Gulf Business. Reel Cinemas is currently reviewing the ticket prices for the complex.

The Dine-In Cinema will be something for the whole family too, with Reel saying it will offer up a bunch of “culinary delights that will enhance the movie-going experience for all members of the family”.

There aren’t any photos or renderings of the actual cinema yet, but we’ll share them as soon as they land.

Culture
Film
News
EDITOR’S PICKS
So, when is the next UAE public holiday in 2021?
READ MORE
All of the lavish new hotels set to open in Dubai in 2021
READ MORE
16 of the best pool passes in Dubai that are fully redeemable
READ MORE
All of the restaurants at West Beach, Palm Jumeirah
READ MORE
MOST POPULAR
Celebrate Christmas early with these 'Halfway to Christmas' brunches
Pics of the week: Your best photos of the UAE
What’s On The Bookshelf: Rom-coms great for reading on the beach
Book your holiday package from Dhs1,399 per person with Holidays by flydubai
Immersive cabaret concept The Theater Dubai opens its doors
YOU SHOULD CHECK OUT
Our website uses cookies and other similar technologies to improve our site and your online experience. By continuing to use our website you consent to cookies being used. Read our privacy policy here.