It’ll be vintage by the time he can drive it…

An 11-month-old boy has won a Maserati car in a competition in Abu Dhabi. Yeah, we know – he’s not even a year old and he’s got a nicer car than you.

The young ‘un Humaid Al Muhairi was accompanied by his father Mohammed, mum Hind Al Hameeri and two older brothers Omair and Ahmad when he was presented with the prize – the keys to a brand new Maserati. 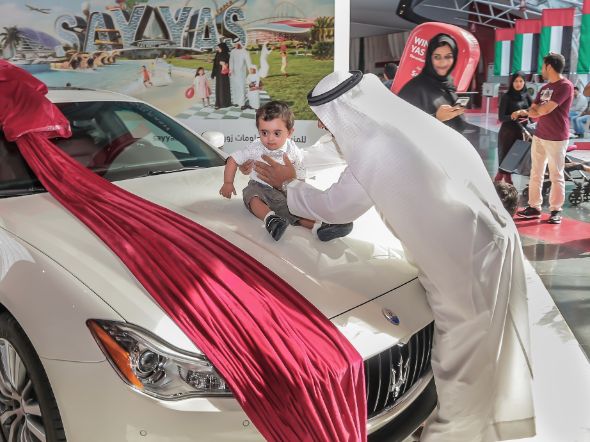 When asked for comment on his prize, Humaid said, “Bluh bluh bluh mamama.”

The car came as one of three prizes up for grabs as part of a summer-long campaign ‘Say Yas’ at Ferrari World in Abu Dhabi.

Arriving at Ferrari World to collect their prize, Humaid’s father Mohammed assumed they’d be picking up something small. 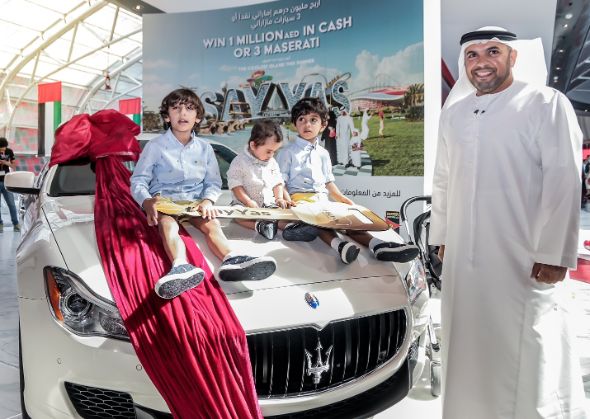 Father Mohammed on the right must be eager to take it for a spin.

So he must have been surprised when the family were greeted with a gift box containing a toy model Maserati as well as the keys to a brand new Maserati. 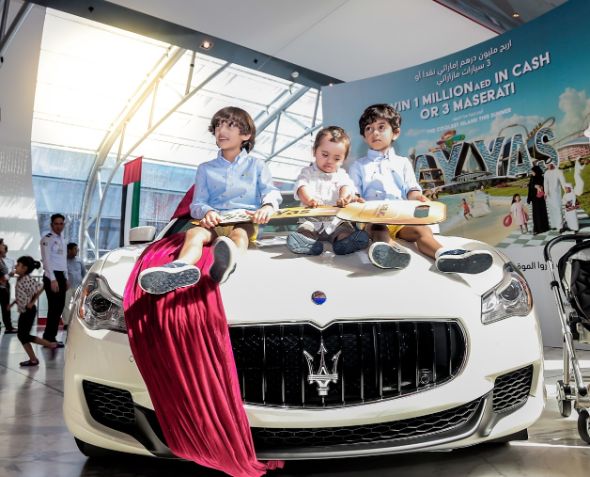 Don’t worry Humaid, you’ll be able to drive it in about 16 years.

We’re imagining 11-month-old Humaid is more excited about the toy Maserati than the actual supercar.

Speaking about the win, Humaid’s father Mohammed said, “We were very surprised today to learn that Humaid was the winner of the Maserati.

“Thank you so much to Yas Island for this wonderful day for my family and great prize.”

The Say Yas campaign runs until September 16 and sees more prizes up for grabs, including Dhs1 million in cash, another Maserati up for grabs, a trip for four people to the Ferrari factory in Maranello, Italy, as well as weekly draws for one of three VIP staycations as well as three weekly Yas Mall gift vouchers worth Dhs10,000 each.

More information on the Say Yas campaign can be found on their website.