If you’re an otaku, listen up.

A new convention is coming to Abu Dhabi: ANI:ME is an event that’s all about celebrating Japanese entertainment and pop culture.

ANI:ME will take place from October 27 to 29 at the du Forum on Yas Island.

Expect anime, manga, Japanese cinema, music, games, fashion and food – as well as performances from well-known J-Pop bands, cosplayers, artists and talks from some of the most popular anima and manga titles.

Not kawaii enough yet?

There will be mini-workshops about all elements of Japanese culture, including calligraphy, traditional sword fighting, art and even candy making.

Oh, and naturally, there’s going to be a big ‘ol cosplay competition where the winner will be sent to Japan to compete in the finals of the World Cosplay Summit. 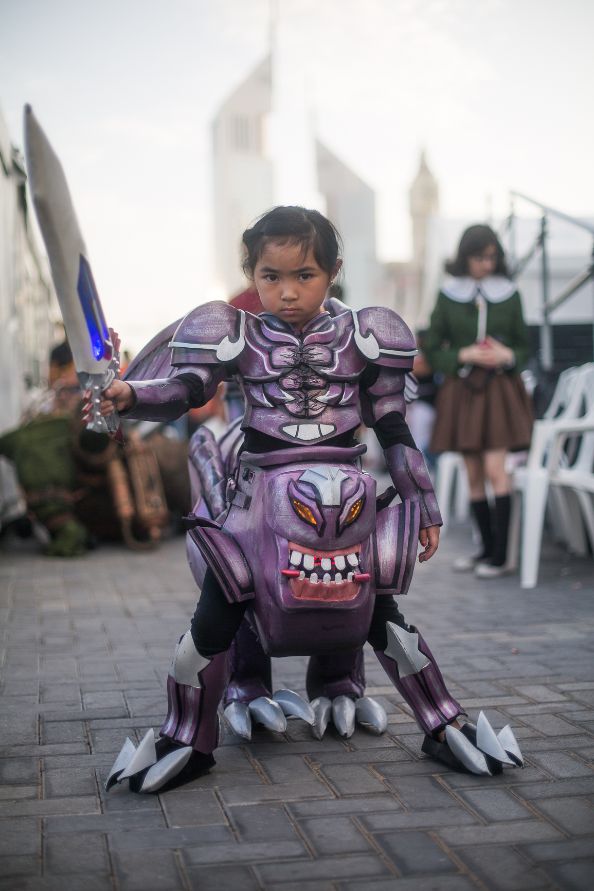 Details on the event’s special guests, line-up and activities will be announced in the coming weeks.

Organisers of the event The Alliance are the masterminds behind the popular Middle East Film and Comic Con (MEFCC) and GAMES Middle East, so we can expect ANI:ME to be of a similar calibre.

Art
Culture
Film
News
EDITOR’S PICKS
Ramadan in Dubai: 38 iftars to try
READ MORE
Where can Dubai residents travel? Check out these 14 destinations
READ MORE
Rumours, facts and reveals: New Abu Dhabi bars and restaurants
READ MORE
UAE announces reduced working hours for Ramadan 2021
READ MORE
MOST POPULAR
It's official: Ramadan begins on Tuesday, April 13
Dubai Sports World is back with a range of activities to help you stay active
8 of Dubai's best authentic pizza spots
Sheikh Hamdan: Dubai will soon be home to self-driving taxis
Updated Ramadan hours for parking, Darb toll and buses in Abu Dhabi
YOU SHOULD CHECK OUT
Our website uses cookies and other similar technologies to improve our site and your online experience. By continuing to use our website you consent to cookies being used. Read our privacy policy here.