There's an event for Lego fans next month, and it sounds awesome

Are you a full-blown Lego nerd? Get ready for full-body goosebumps…

Brick by brick, Lego are establishing their presence in Dubai. There’s only a month to go until the launch of Dubai Parks & Resorts on October 31, and the mega theme park complex includes a Legoland and Legoland Water Park.

If, like us, you’re too psyched to wait till the end of October – you’re in luck (by a few weeks) because from October 19 to 22, Lego fan event Stack is coming to Skydive Dubai in Al Sufouh.

They’re going to be constructing a special venue and inside visitors can find millions of Lego bricks’ worth of Lego sculptures, models and more.

Oh, and uh… millions of Lego bricks inside huge pools that you can wade around in. Yes, actually. (Wear shoes with soles otherwise that could be very painful.)

It’s 2am. You’re thirsty. You’re barefoot. You’re on one end of the Lego lake and the fridge is on the other. What do you do? 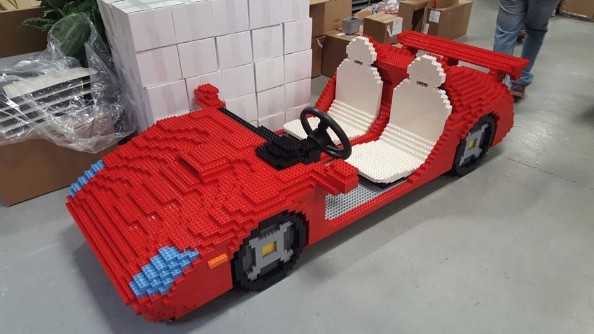 We’re pretty sure we’ve seen this puppy revving its way down The Walk before.

Lego brands such as Ninjago and Star Wars will be present, with a fan-zone set up for the Adult Fans of Lego club – set to showcase the club’s creations from around the globe.

If you’ve got little ones in the family, Stack’s going to be awesome. Or, if you just love Lego, it’ll definitely be worth checking out. There’ll be food and drink areas, with some of Dubai’s much-loved food vendors rocking up.

The co-founder of Stack, Luke Reveruzzi spoke about his intentions for the event, saying, “With a goal of creating one of the best family events in Dubai, we are developing an environment where children and adults can learn, play and create together; inspiring the imagination of next generations.”

What were the details again?

Saturday 10am to 9pm

Tickets are Dhs100 online, Dhs130 at the door. Children under the age of two go for free.

Careem are offering a 15 per cent discount on journeys to Stack if you add the code STACK to your booking.

Culture
News
Things to do
EDITOR’S PICKS
What’s On Nightlife Awards 2021: Here are the nominees...
READ MORE
It's back! What's On Lock In returns to Media One Hotel
READ MORE
Arts and culture: 5 spots we can't wait to visit at Expo 2020 Dubai
READ MORE
UAE petrol prices are set to decrease in September 2021
READ MORE
MOST POPULAR
Abu Dhabi: Wristband no longer required for most home quarantine
As of September 19, PCR test not required to enter Abu Dhabi from UAE
This new family-friendly brunch includes free cinema tickets
Pics of the week: Your best photos of the UAE
How to use Playkey.me, the region's first supercharged cloud gaming service
YOU SHOULD CHECK OUT
Our website uses cookies and other similar technologies to improve our site and your online experience. By continuing to use our website you consent to cookies being used. Read our privacy policy here.