We're in Gangsta's Paradise... because Coolio's coming to town

Dubai, prepare to get your roof well and truly raised.

Because to celebrate Barasti’s 21st birthday, ’90s legends Robin S, Coolio and Fatman Scoop are all coming to town – and we’re expecting a night jam-packed with the trio’s club smashers.

The beach bar is jetting in the performers to celebrate their milestone on October 19, and there’s also a bunch of other cool offers tied in (like a chance to win Dhs21,000). 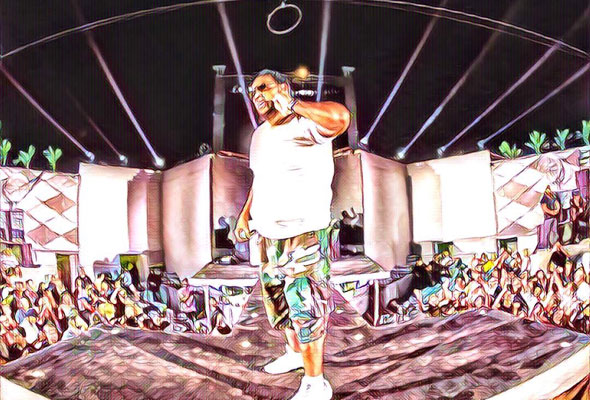 Basically, everything’s got a 21 theme – that’s how much drinks cost until 9pm, and there’ll also be 21 days of giveaways up for grabs.

They’re really putting our own 21st birthdays to shame… we definitely couldn’t get Coolio to attend that.

Barasti advises customers to check the bar’s social media for updates about all the prizes on offer, and the party itself is free and unticketed – just turn up on the night.

So what will the night bring?

Coolio and his gravity-defying hair will give a live rendition of the Grammy Award-winning tune, as well as some of his other well-known tracks including Fantastic Voyage.

(He was also responsible for the Kenan & Kel theme tune – not sure if we’ll hear that at Barasti but one can always hope).

He’ll be followed by Robin S – yes, she of Show Me Love fame.

The American was also behind Space Jam tune Givin’ You All That I Got, and US chart-topper Luv 4 Luv.

And then finally, Fatman Scoop and his gravelly voice will take to the stage with this club-thumper:

Not only was this guy behind It Takes Scoop and Be Faithful, he’s also collaborated with some huge names including Mariah Carey, Ciara, Sean Paul and Timbaland.

In honour of the Jumeirah Beach institutions big day, here are our favourite facts about the place:

– Over 23,000 flip flops have been left at Barasti over the past 21 years – 75 per cent of which didn’t have a mate.
– Barasti chefs fry an average of 280 eggs per day – just for club sandwiches!
– Will Smith, Ronaldhino, Ed Sheeran, Vanilla Ice, Maradona and Rod Stewart are just some of the celebrities who have enjoyed an evening there.
– Barasti has been the scene of at least eight marriage proposals that they know of.
– Barasti shares its birthday with Kim Kardashian, Judge Judy and the original Princess Leia, Carrie Fisher.
– Up until 2011, dancing on the beach at Barasti was not allowed.
– The clean-up operation after closing time takes around eight hours.