Du and Etisalat are getting some competition...

Not a fan of du or Etisalat? Well we’ve got good news (sort of)…

When it comes to mobile service providers in the UAE there are currently only two options – du and Etisalat – but a new player is coming to Dubai, Virgin Mobile. There’s a catch though – and it’s fairly major – the new brand will be owned by the same parent company as du, Emirates Integrated Telecommunications (EITC).

EITC say they are set to launch Virgin Mobile in the UAE within the coming weeks (you can sign up to be a Beta user here).

While Virgin Mobile will serve as a new option with different packages, they’ll still use the same network, IT and other infrastructure of EITC, just like du.

But it looks like the new service may eventually make mobile data and calls etc cheaper in the UAE: “There will be healthy competition [between du and Virgin Mobile], giving greater choice to customers,” said EITC CEO Osman Sultan.

“Launching another brand alongside du will cater to the needs of a specialised segment within the market,” Karim Benkirane, EITC’s managing director, told Gulf Business.

Osman Sultan added, “Virgin Mobile is a well-known brand appealing to young people and that’s why we partnered with them.” 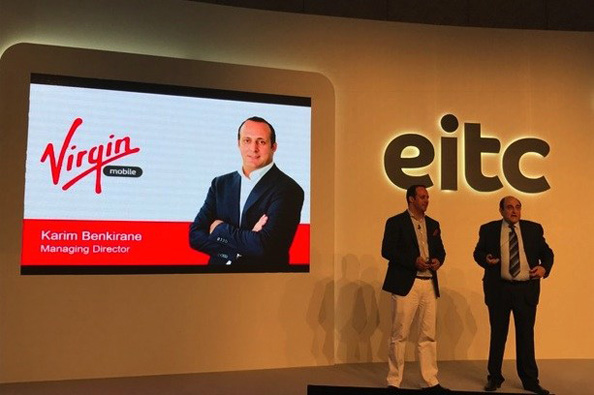 “The launch of Virgin Mobile is also fully compliant with the current regulatory framework in the UAE,” which states that there can only be two providers for the mobile business. “Nothing prevents us from launching another brand within our business.”

Sultan insisted that du and Virgin Mobile would not share any customer data.

Du came onto the telecoms scene in 2007, ending Etisalat’s monopoly in the UAE.

However, du have reported declining profits in the last two years, predominantly due to increasing royalties paid to the government according to Gulf Business.

WHAT IS VIRGIN MOBILE?

Virgin Mobile is part of the Virgin Group founded by much-loved entrepreneur Sir Richard Branson in 1999.

The brand has since expanded to over 10 countries, including Australia, Colombia, the United Kingdom, the United States, Canada, Chile, France, Saudi Arabia and more.

Virgin Mobile was launched in Qatar, but the service there closed back in 2011 due a dispute with another mobile service provider Vodafone.

News
EDITOR’S PICKS
So, when is the next UAE public holiday in 2021?
READ MORE
All of the lavish new hotels set to open in Dubai in 2021
READ MORE
16 of the best pool passes in Dubai that are fully redeemable
READ MORE
All of the restaurants at West Beach, Palm Jumeirah
READ MORE
MOST POPULAR
Abu Dhabi to relax certain rules in nurseries
Review: No. FiftySeven Boutique Café inside Mall of the Emirates
Al Ain Raceway temporarily closed after freak storm on Saturday
UAE 50: Here's your chance to have your photographs published in a coffee-table book
Get Dhs2 ladies' nights, brunches and cinema tickets
YOU SHOULD CHECK OUT
Our website uses cookies and other similar technologies to improve our site and your online experience. By continuing to use our website you consent to cookies being used. Read our privacy policy here.