Culture
News
Nightlife
Things to do

Prepare for belly laughs – stand up comedian John Bishop is coming back to Dubai.

The famous Scouser (a person from Liverpool, if you’re not familiar with the term), who tried his hand at football and pharmaceutical sales before landing on stand-up comedy – yep, that old chestnut – will be performing at the Dubai World Trade Centre on December 14.

Described as Britain’s top comic and “the king of the one-hundred liner”, Bishop is set to perform in the city as part of his Winging It tour, which will involve more than 50 stadium performances, starting with Belfast in October.

Even though it’s months away, you’ll want to book your tickets ASAP – when Bishop made his Dubai debut back in 2014, his show was a sell-out. 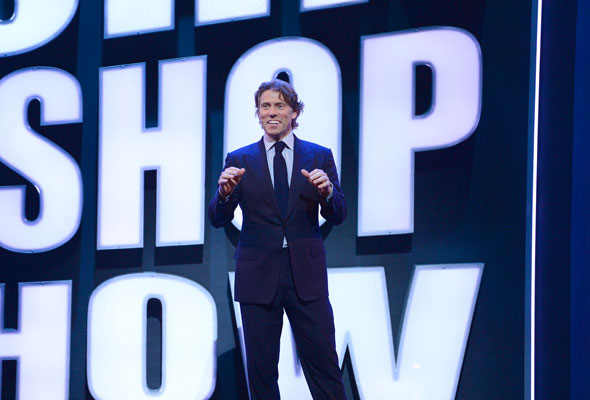 Winging It seems like an appropriate title, given how Bishop got his start in show business.

Years in the corporate world took their toll on his relationship, causing him and his wife to split after seven years of marriage.

One night after the break-up, Bishop ended up at a comedy club called the Frog and Bucket, which was running an open mic night. He performed some material – mostly about the state of his marriage – and the rest, as they say, is history.

These days, as well as being a comedy king, he’s got his own show, John Bishop: In Conversation With… that sees him interviewing fellow celebs such as James Corden, Russell Brand and even Lindsay Lohan.

He’s known for his charity work too, raising Dhs20 million for Sports Relief back in 2012.

Best of all? He and his wife Melanie have reunited.

Winging It is part of DXBLaughs, which is bringing some of the comedy world’s top talent to the UAE, including Eddie Izzard, who is set to perform on at Dubai World Trade Centre on April 27.

Tickets start at Dhs250 and are available now on dxblaughs.ae

Culture
News
Nightlife
Things to do
EDITOR’S PICKS
Here's the full list of UAE public holidays in 2023
READ MORE
23 incredible things to look forward to in the UAE in 2023
READ MORE
Hidden gems: 10 UAE desert pop-ups to discover this winter
READ MORE
Where to travel in 2023: 10 new flight routes from the UAE
READ MORE
MOST POPULAR
6 brilliant things to do in Abu Dhabi this week: Feb 6 to 9
Dubai tourism increases by a massive 97 per cent
16 incredible mega projects coming to Abu Dhabi soon
The epic Asian Le Mans Series returns to Dubai Autodrome this month
Snapped: Celebrities spotted in the UAE this week
YOU SHOULD CHECK OUT
Our website uses cookies and other similar technologies to improve our site and your online experience. By continuing to use our website you consent to cookies being used. Read our privacy policy here.