Road trips up Jebel Jais are about to get more interesting...

Jebel Jais in Ras Al Khaimah rises 1,934 metres above sea level, and is the UAE’s highest mountain, and we’ve just found out that a huge viewing deck near the top of the peak will open in October.

This will mean you’ll be able to get 360 degree views of the landscapes, birds and flora of the Al Hajar Mountain range (which straddles the UAE-Oman border). The new feature will open by this autumn and will also be home to walking paths, a food tuck zone, picnic areas and a multi-purpose events arena. 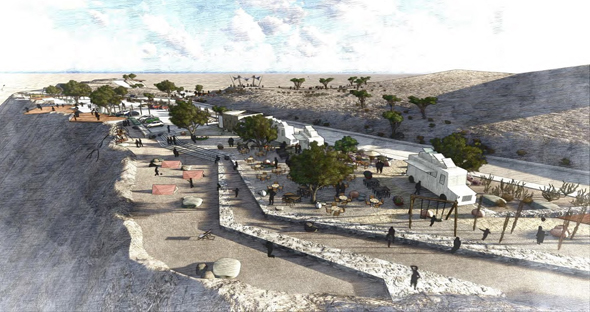 The viewing deck will sit at about 1,300 metres above sea level, and will also act as a base camp for hikers and bikers before and after they conquer the rugged, rocky mountain range. Oh, and fun fact, it will be lit at night using only solar energy.

While Jebel Jais is currently a destination more aimed at the active who want to run or bike up the mountains, this viewing deck will make it more of a family day out – you could head up there, catch the sunset while taking in the fresh mountain air and then grab a bite from one of the food trucks. We can certainly think of worse road trips (especially now that there’s a beautiful new road winding up the mountain). 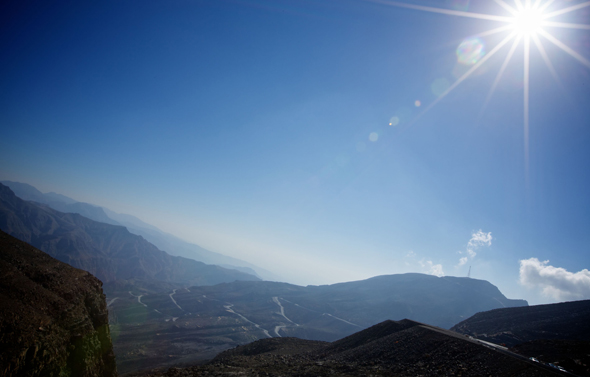 And here’s what the view looks like from up there…

Also, it’s usually about 10 degrees Celsius cooler in the area – thanks to the altitude – which would be a very welcome change right now.

Jebel Jais is about a 90-minute to two-hour drive from Dubai.

Ras Al Khaimah as an emirate hopes to attract a million visitors by the end of next year, and this will be part of that, and the tourism board has said that the eco-friendly solar-powered viewing platform has been designed to blend into its environment.

“For some time, the emirate has been popular with inveterate hikers tempted by the rocky pathways which skirt ancient villages in the mountain ranges; these pathways are also increasingly used by independent organisers of group tours,” says Haitham Mattar, CEO, Ras Al Khaimah Tourism. “Jebel Jais has also attracted motorists wanting to drive the newly extended road, which snakes up towards the mountain’s summit. We have also had tremendous success with the Gulf’s only commercial Via Ferrata since it opened last year – the Jebel Jais Observation Deck builds on the emirate’s growing outdoor product portfolio and adventure tourism credentials.”

– For more info about Jebel Jais head to its website.