3 Dubai party brands that are taking their nights international

If you’re headed to Ibiza, Monaco, Mykonos or Marbs, you’ll want to know about these…

Dubai’s nightlife scene really does have it all.

Fancy some jazz? Head to Q’s, legendary musician Quincy Jones’ bar. Feeling a sing-song? You’ll want to hit up Lucky Voice. Vibing on something a bit more underground? Get down to the carpark of the Nassima Royal Hotel and you’ll find Hobo, an intimate hipster haunt that’s strictly house.

No matter what mood you’re in, there’s a night that will satisfy your dance-floor dilemma. So it’s hardly surprising so many brands decide to bring their club nights to Dubai.

But they’re not the only ones. Dubai’s homegrown party brands are hot on their heels with their own unique nights, killer vibes and a party-hard policy. And now these brands are taking things international. Having successfully conquered Dubai, they’re taking their events to the party party people across the globe. 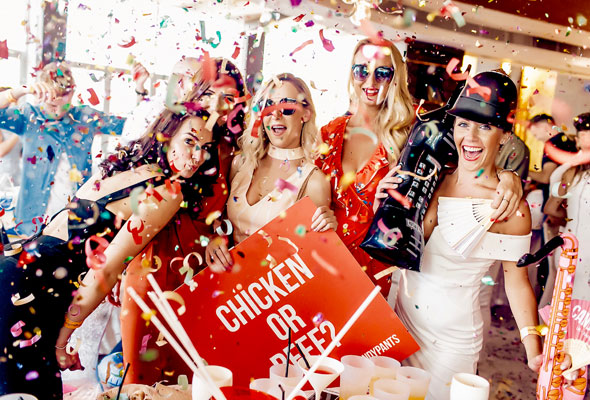 It’s become somewhat of a Dubai brunch staple for its fun hits, confetti cannons and hilarious pun signs that are an Instagrammer’s heaven. It’s become so popular that it’s booked up every week, with an afterparty at XL next door that’s a post-brunch go-to for party people across Dubai. Having already broken Marbella, this August they’re taking the party brunch to Ibiza, with a poolside party at the trendy STK on August 10.

Expect all the usual madness, a chic setting and unlimited selfie sessions. And they’re not finished, either. They’ve already launched a swimwear line with all the sparkle and glamour you’d expect, and it’s a big year they’ve got ahead of them. “In 2018 we’re wanting to develop our presence in Dubai with more events, break into Asia, the USA and just keep pushing things globally where we can,” explains Candypants founder Ray Chan. 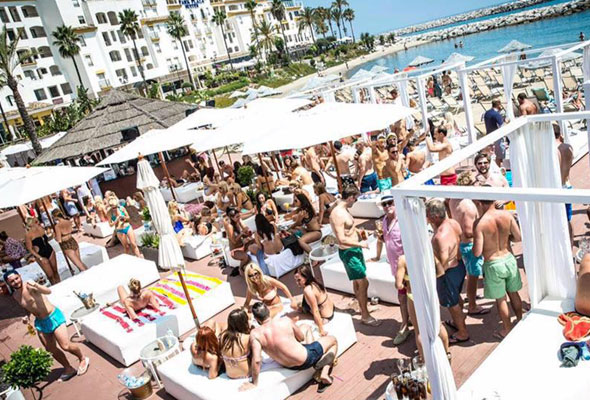 Co-created by Cirque Le Soir GM Richard Jenman and international promoter Jon Besant, Cartel is an urban night with a dark side. The ever-popular night dominated Cirque Le Soir’s Wednesday night last season, and this summer, you can catch it at both News Cafe and Plaza Beach in Spanish party resort, Marbella. It’s a glittery affair that draws a dressed-to-impress crowd with the poolside party going from day to night. Expect to see a whole host of performers throughout the night from dancers to fire breathers, and international guest DJ’s taking to the decks.

ALSO READ:
5 novelty nights where people party hard
25 ladies nights in Dubai: Our picks for every night of the week 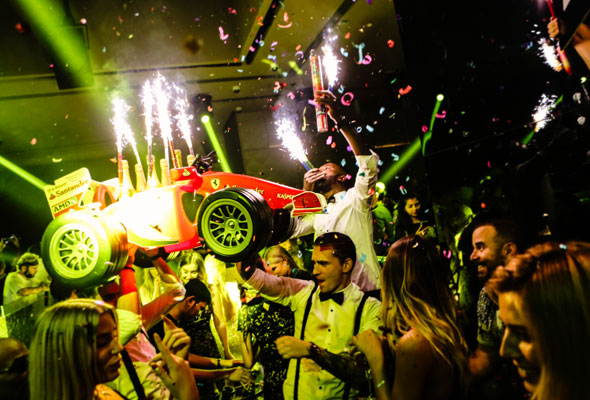 The List has taken over Sunday nights as the ultimate party to kick off the working week at Billionaire Mansion. It’s created and run by The Rize Group, who also host events at Stereo Arcade, The JW Marriott Marquis and Nobu. It draws in a glittery, glamorous crowd who party hard, with an urban music policy, champagne showers and plenty of sparklers. Co-founded by two Dubai based friends and entrepreneurs, this summer they’re heading to Europe. The List will drop first into Monaco, on August 19, and then head to the upscale ToyRoom Mykonos on August 21.

Bars
Clubs
Nightlife
EDITOR’S PICKS
Here's the full list of UAE public holidays in 2023
READ MORE
23 incredible things to look forward to in the UAE in 2023
READ MORE
Hidden gems: 10 UAE desert pop-ups to discover this winter
READ MORE
Where to travel in 2023: 10 new flight routes from the UAE
READ MORE
MOST POPULAR
The Wizarding World officially comes to Dubai
11 homegrown UAE restaurants that have gone global
13 new brunches in Dubai that will spice up your February
You can now tour these 12 ladies' nights on Yas Island
Sweep your special someone off their feet at TH8 Palm Jumeirah
YOU SHOULD CHECK OUT
Our website uses cookies and other similar technologies to improve our site and your online experience. By continuing to use our website you consent to cookies being used. Read our privacy policy here.