An electronic system is being considered as part of the new smart visa process.

Getting your UAE residence visa can certainly be a bit of a headache.

But to ease the process, the UAE launched a new smart services system earlier this month. The system, called “E-channels”, lets you apply for entry permits and residency visas online, without the need to go to a service centre. It also eliminates the need for hard copies of documents, with everything being processed online.

Now, the Ministry of Interior has revealed it might be making another move towards completely paperless visas.

It is currently considering a proposal to replace visa stamps on passports with a new electronic system.

This could mean the end of visa stamps in passports – currently, all UAE residents are required to have their passports stamped with a visa sticker. 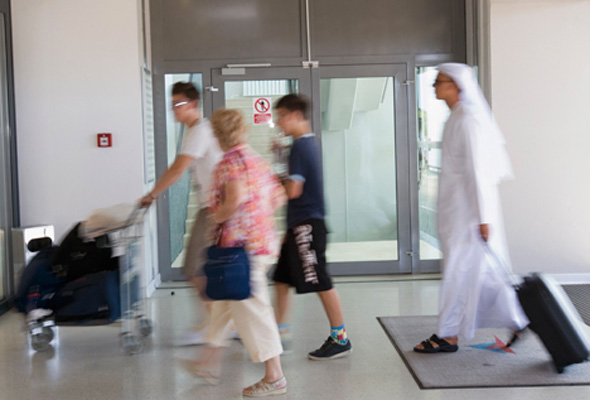 ALSO READ:
Here are some countries that allow UAE residents visas on arrival
The RTA has launched a new licence upgrade service for drivers in Dubai

According to Gulf News, the proposal was discussed in a meeting with the General Directorate of Residency and Foreign Affairs in Ajman last week.

Officials reviewed a similar initiative taking place in Ajman, where the initial stages are proving to be a big success. The time it takes to apply for and receive a residence visa has reportedly dropped by 50 per cent.

Although there’s no confirmation that the system will get the green light, if it does, it’s another move that will add to the UAE’s digital smart services that aim to reduce time, effort and paperwork.