Jonny the cat was saved from the Torch Tower fire, here’s how he’s doing…

After the Torch Tower fire broke out over the weekend, this picture of the Dubai Civil Defence rescuing a cat from the tower melted our hearts: 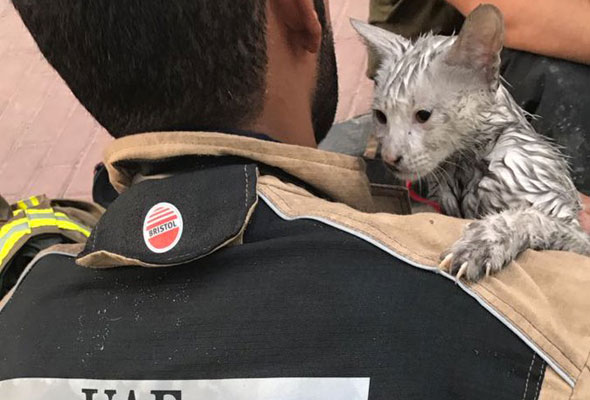 It will have no doubt put many pet owners’ minds at ease to see that Civil Defence rescued the pets of people who couldn’t get hold of their pets in the urgency of the evacuation, or weren’t there on the night.

That was the case for Melke Zedec, the general manager of newly opened Mr Miyagi’s and the owner of Jonny the cat, pictured above. Melke, who rescued Jonny when he was 5 days old this March, was at work when the fire broke out.

“I knew there was nothing I could do when I got to Torch,” explained Melke. He arrived at Torch at around 1am, but there was no way of knowing if anything had happened to Jonny. 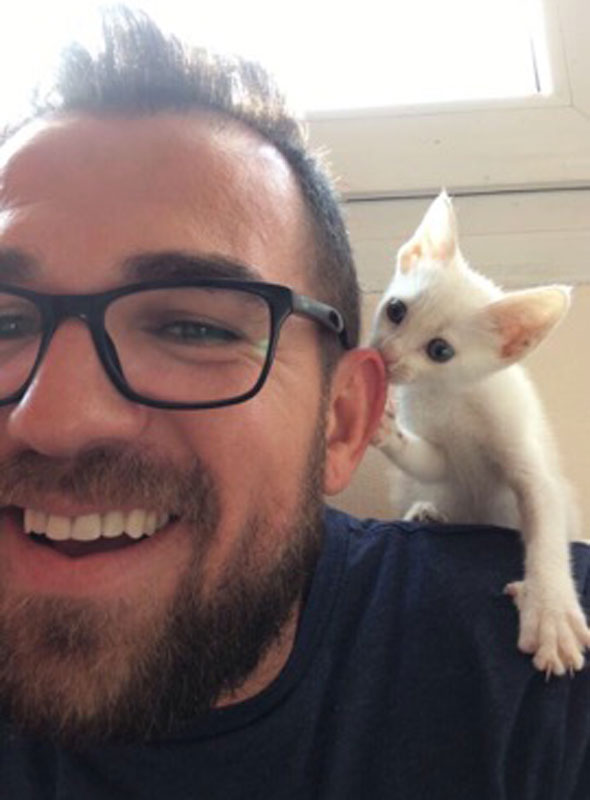 When he returned the next morning, finding Jonny was his first priority, “I didn’t sleep at all that night, I was just feeling so many emotions and I was just awake the whole night hoping that he was safe,” explained Melke.

To Melke’s complete shock and delight, Jonny had been rescued, and was one of two cats with the building’s security. “He has a little box where he loves to hide inside one of the cupboards, I imagine that this is where he hid to protect himself [during the fire],” added Melke, “I don’t believe he would have survived if he had been anywhere else”.

Melke was relieved to find out on Friday morning that Jonny was ok, but he could only be reunited with him on Friday evening once he was able to be released from the care of the security and the police. “It was so emotional to be reunited with him, I was so happy, but I could tell he wasn’t himself, he was really stressed, was hardly moving and his breathing was off,” said Melke.

He immediately took Jonny to the vets, where he has been in intensive care since Friday night, spending 48 hours on oxygen. His condition has been wavering day-to-day, but finally he’s ready to be released today.

“He’s finally being discharged tonight, and I can’t wait to pick him up” says his excited owner.

But the treatment has left Melke with a pretty hefty bill to pay, with all the charges coming in at around Dhs6,000.

But there’s a way you can help… 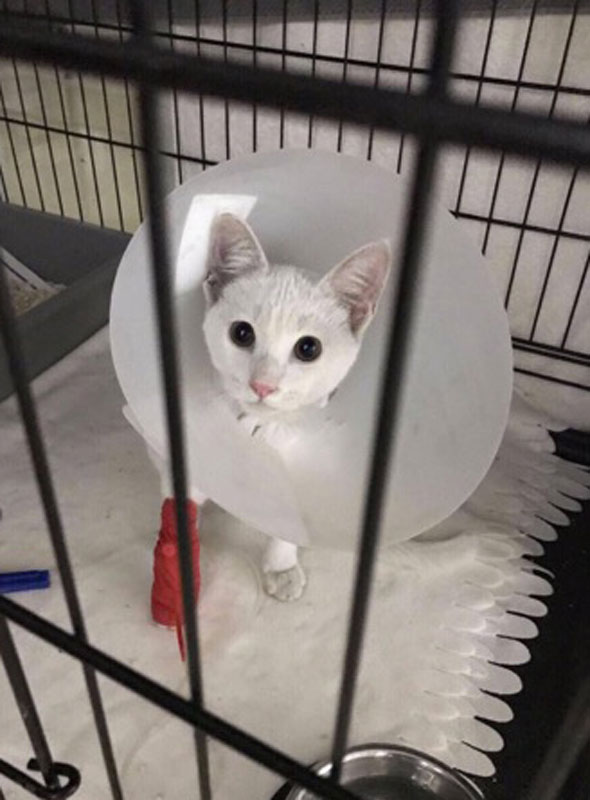 The team at Melke’s restaurant Mr Miyagi’s have created a special cocktail that you can order all this week, and all of the proceeds will go towards Jonny’s veterinary bill.

The cocktail, named The Jonny, will be a berry-based Caipirinha and priced at Dhs60.

“It’s such a lovely gesture, and I’m so thankful to the team,” says Melke.

UPDATE: The customers of Mr Miyagi’s came to the party, and Jonny’s vet bills were entirely covered by the above initiative. Woo hoo!