Review: Le Petit Belge, a slice of Belgium in JLT

It’s known for its Belgian brews, but how’s the food?

Just like the country from which it takes inspiration, Le Petit Belge is small but perfectly formed. You’ll find this cosy restaurant tucked away in the basement of the Pullman hotel in JLT, serving up Belgian dishes and beers.

You could come for the extensive hops list alone – the drink special changes every half an hour to encourage patrons to expand their palates and sample the different styles. There’s an aptly named ‘Hoppetizers’ menu, which consists of bar snacks such as the famous Belgian frites (fun fact: there is an ongoing dispute between Belgium and France over who invented French fries).

But there’s also plenty on offer if you’re after something more substantial in the food department. We started with the cheese croquettes (Dhs48), paired with a sweet pear syrup dip. Belgians are masters of the deep fryer, and these delightful little balls were frizzled to perfection. Each sphere boasted a crisp golden shell, filled with gorgeously sharp, gooey cheese.

ALSO READ: 8 Dubai ladies’ night spots where you get great deals on food too… 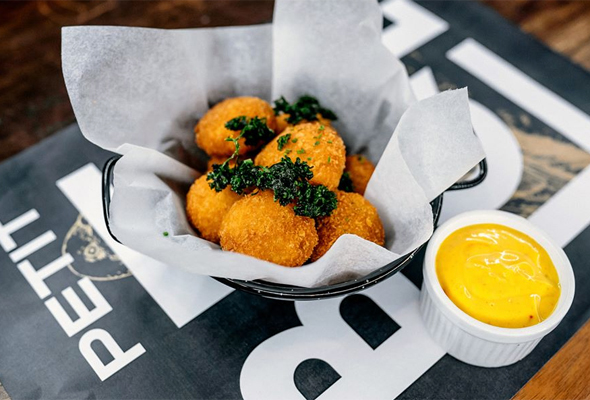 It would be impolite to visit a Belgian restaurant and not sample the mussels, which are practically a national obsession. The Roquefort and Cognac mussels (Dhs150) came recommended, and we weren’t disappointed – from the moment they were impressively ignited at the table, ’till we had unceremoniously slurped every one of the deliciously plump, creamy creatures from their shells. The portion was generous, and came with a side of fries, as is the custom.

The Belgian theme continues through the main courses, where you’ll find offering like the divisive steak tartar (Dhs105), a dish made from raw minced beef – the ultimate acquired taste. We instead looked to the grill section of the menu, selecting the Australian tenderloin (Dhs135). It might sound like a boring choice, but as our dining partner declared: “This is how meat should taste.” It was so beautifully cooked we didn’t ever bother with the accompanying selection of sauces. The succulent lamb rack (Dhs112), paired with glossy green beans and melt-in-your-mouth potato gratin, was also excellent. 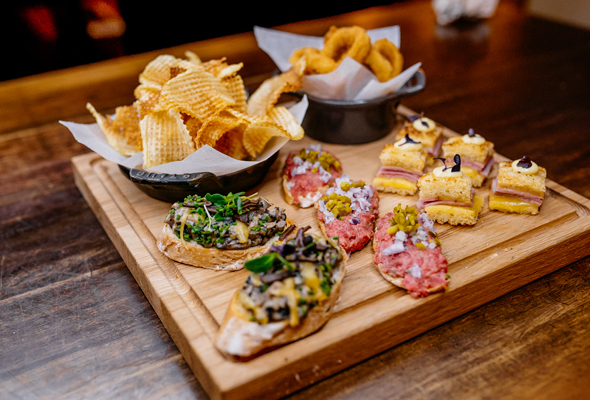 To finish, we shared the classic Belgian chocolate mousse (Dhs35), which arrived in a little jar. The dessert appeared crumbly at the spoon’s touch, with bits of biscuit mixed through, but felt like velvet on the tastebuds.

As we got up to leave, we almost found ourselves reaching for our non-existent coats – after such a hearty meal, you could be forgiven for thinking you were stepping out into a European winter. Le Petit Belge offers a nice little respite from the desert, and is a great addition to the JLT food scene (and we’re pleased to hear they’re opening a second branch in Business Bay very soon).