New radar is said to be the smallest in the world, and will automatically catch offenders

A tiny, solar powered radar will be installed on school buses to catch drivers who fail to stop for school bus stop signs.

The new device was announced by the Dubai Police at Gitex Technology Week. It will be one of the smallest in the world according to Brigadier Saif Muhair Al Mazroui, director of the traffic department.

It comes as a move to crack down on motorists who ignore the signal when the bus drivers pick up and drop students off, in a bid to continue to improve road safety. 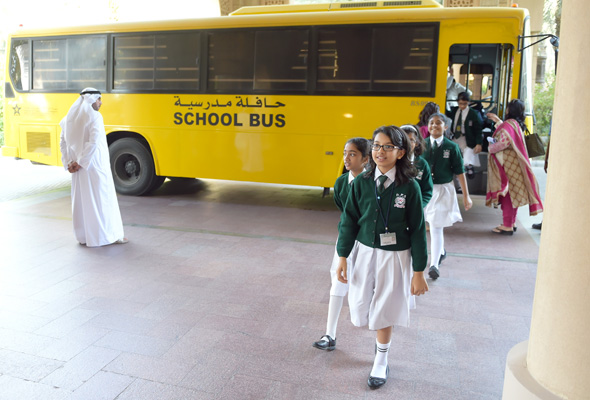 ALSO READ:
Looking back: ten amazing historical photos of the UAE
Watch: Dubai Police take to the skies aboard a futuristc flying motorbike

The radar will be placed on the top of stop signs, and will then run on a solar powered power bank. Using 3G technology to send data and pictures to the Traffic Department, it will automatically fine any drivers who fail to keep a five metre distance from the buses’ stop sign.

Currently, the fine for a driver who ignores the stop sign on school buses is Dh1,000 and ten traffic points.

The fine for the bus drivers who stop without using the stop sign is Dh500 and six traffic points.

News
EDITOR’S PICKS
When is the UAE's next public holiday?
READ MORE
Zanzibar-inspired restaurant Mikoko Hut opens at UAQ mangrove beach
READ MORE
Christmas Day in Dubai: Festive brunches, lunches, roasts and more to book
READ MORE
This magical winter garden is back at Habtoor Palace Dubai
READ MORE
MOST POPULAR
Exclusive reveal: Gorgeous new Bar Buci opens at Jumeirah Al Qasr
Iconic restaurant Beach Bar & Grill reveals a new look
A huge new dining and entertainment venue to open on Bluewaters Island
Eat around Atlantis, The Palm at this annual festive mega feast
NYE 2021: Where to spend New Year's Eve in Dubai
YOU SHOULD CHECK OUT
Our website uses cookies and other similar technologies to improve our site and your online experience. By continuing to use our website you consent to cookies being used. Read our privacy policy here.