Five high-tech services that will change transport in Dubai

Every October, the tech world descends upon Dubai to show off the latest and greatest in current and future technology at GITEX Technology Week.

And as well as futuristic robots, cars and gadgets to check out, there’s a bunch of new services debuting that will actually affect our day-to-day life.

From smart pedestrian crossings to flying taxis to paying your traffic fines at the same time as buying a burger, transport in Dubai is getting a tech-focused facelift.

So here are five things to keep an eye out for. 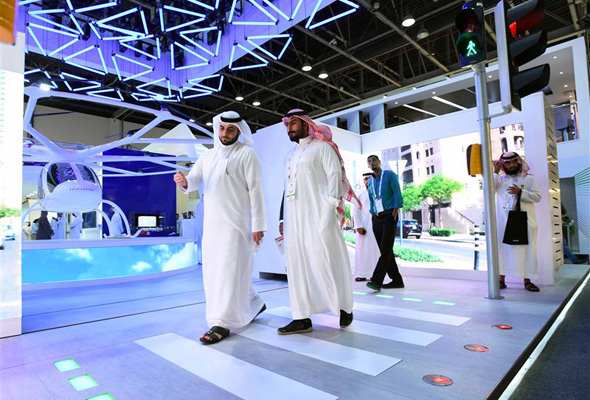 The Roads and Transport Authority (RTA) is displaying the Smart Pedestrian Signal as part of Dubai’s Smart City initiative. The Smart Pedestrian Signal is triggered by sensors connected between the ground and the traffic light. It reads pedestrians’ traffic on the pavement before crossing, and the pedestrian path while crossing. It then automatically adjusts the remaining signal time according to that reading to ensure the safe and smooth crossing of the largest possible number of pedestrians.

The futuristic signals have already been trialled at Downtown’s Al Saada Street, and although not yet confirmed, second phase installation will likely be in the City Walk and Al Barsha areas.

The RTA has also unveiled plans for a new app called S’hail. The app offers customers access to the entire transit means in Dubai in one place, and will make Dubai one of the first cities in the world to develop such an integrated platform.

The app will integate RTA’s transport services including the metro, tram buses, waterbuses and taxis with other services including Uber and Careem. Using S’hail, customers will be able to find, book and pay the fare through the app for all the services.

In a later stage, the platform will integrate with other transit services such as limousines, the Palm Monorail and Dubai Tram. The air taxi will also be added to S’hail once it launches. 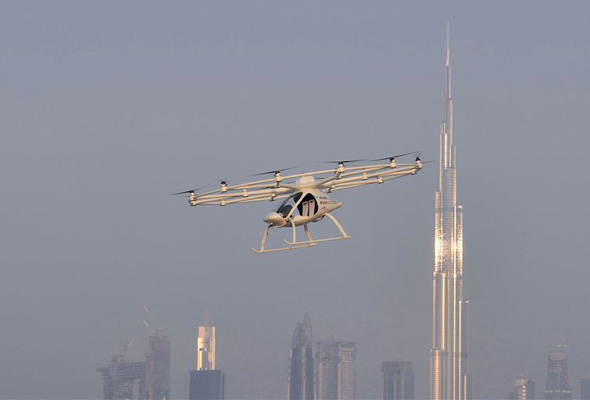 The 2-seater Autonomous Air Taxi (AAT) is also being exhibited at GITEX. The electrically powered AAT has already made its trial flight, and comprises of 18 rotors ensuring safe cruising and landing in case of rotor failure.

The process of booking the AAT service will involve using new booking app S’hail, which would then send a message to customers detailing the flight details and booking reference. Like most cab services, the customer can track the movement of the AAT en route. Upon the arrival of AAT to the location, the customer has to enter the booking reference in the interactive screen of the AAT. The AAT would then start flying to the intended destination, which is fitted with an exclusive landing pad.

No firm date has been given on when the public can expect to start hailing these futuristic flying cabs, but we’re hoping it’s soon.

The RTA is also showcasing a new loyalty points programme called nol Plus. The loyalty scheme will allow nol card users to earn points when using their cards on public transport, and it looks like it will also extend to buying petrol and groceries too. These points will then be converted to e-vouchers. 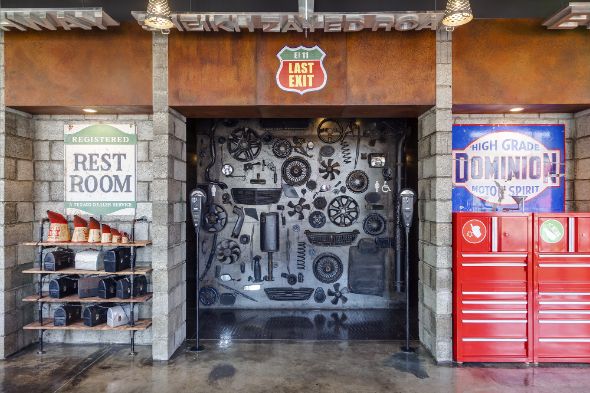 Residents will soon be able to pay traffic fines at three Last Exit food truck spots, according to a report by Gulf News. Designed to look like an old police car, the stations at Al Khawaneej, E11 and Mad X restaurants will be open 24 hours and come complete with a screen and an officer to communicate with the customer and also a dashboard to pay fines by cards or cash. As well as paying fines, the drive through service will offer 18 other police services with a further eight more services, including reporting a crime, to be added later.

The service is expected to be up and running before the end of the year.

Transport
EDITOR’S PICKS
13 Sheikh Hamdan-approved restaurants in Dubai
READ MORE
Dubai brunches temporarily banned in new preventative measures
READ MORE
12 upcoming Dubai mega-projects we can't wait for
READ MORE
16 of the best beach bars in Dubai for sundowners
READ MORE
MOST POPULAR
Abu Dhabi restaurants where you can celebrate your love of Spritz
6 great beachside breakfast spots to try in Dubai this weekend
7 great deals to check out in Original Wings & Rings in March
Throwback: Check out these photos of the UAE's first hotel
5 empowering ways to celebrate International Women's Day in Dubai
YOU SHOULD CHECK OUT
Our website uses cookies and other similar technologies to improve our site and your online experience. By continuing to use our website you consent to cookies being used. Read our privacy policy here.