Today’s the day the new excise tax law comes into effect, with the price of soft drinks, cigarettes and energy drinks seeing an increase of up to 100 per cent across the UAE.

The move is designed to discourage the consumption of products that negatively affect people’s health, with the revenue the tax generates expected to be put towards supporting advanced services for the public.

Local blog site UAEViral has managed to get ahold of a list of all the products that fall under the tax, breaking them down into four categories: cigarettes, energy drinks, carbonated drinks, and shisha tobacco. There are over 1,000 products listed, each its original price alongside the new price after the tax is applied. 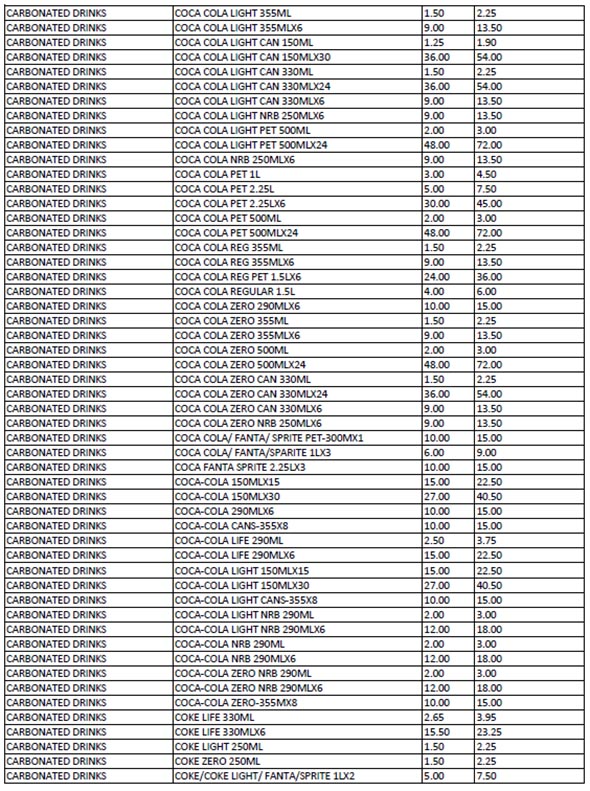 Upon scanning the list we noticed a few interesting tidbits, such as the fact that carbonated water, which was previously reported as being exempt from the tax, will be seeing a 50 per cent price increase after all. The popular dokha tobacco is also not listed, so it is unclear if it will see a price hike. A can of Red Bull is now Dhs11, up from Dhs5.50 previously. Ouch.

You can check out the full list here to see what’s affected.

It seems that not all retailers will be implementing the tax immediately, and there’s a very good reason for it.

According to a report published over the weekend in Gulf News, some shops have stated that they are waiting for old stock to clear before switching over to the new pricing.

One shopkeeper who was interviewed said that it would be illegal to charge customers tax on an existing product that was purchased by the store before the new tax system had come into effect.

Others are waiting for official word from their suppliers and distributors before rolling out the new pricing, meaning if you didn’t stock up over the weekend, you still have a bit of time to do so.