Update: Potential good news! The Morah team internationally, which is based in Miami, has announced plans for an ‘exciting reinvention’ of the 71 and 72 floor space of the JW Marriott Marquis in Business Bay . The Eastern Mediterranean restaurant, Morah, has closed its doors to make way for a brand new and exciting concept that will add to the emerging Dubai dining scene. Keep an eye on Morah’s social channels to see what’s in store next.

Sadly, Business Bay restaurant Morah has closed its doors under a year after opening.

Mediterranean and Middle Eastern fusion restaurant Morah, occupied the 71st and 72nd floor of the JW Marriott Marquis (above Weslodge), but we reached out to the restaurant today and they said they’re closed “indefinitely”. 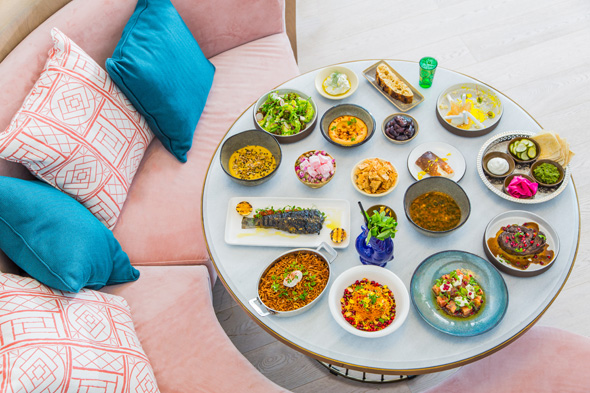 ALSO READ:
Three DIFC restaurants have sadly closed down
A tashas concept is coming to DIFC

Morah, which opened in December last year, had panaromic views from its floor-to-ceiling windows and came with a chic gold and neutral palette fit out. The restaurant, on the lower floor, was joined to the upper bar area via a spiral staircase.

The detailing in the design was modern, sleek and well put together, and the food was great. 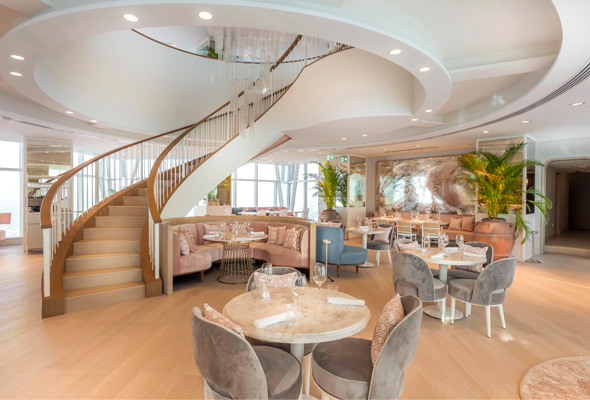 What will take its place, or indeed when, is still not known.

Morah’s closure is the latest in a string of restaurants that are shutting down in the Downtown and DIFC area. Four concepts in DIFC, including two in the Four Seasons (Firebird Diner and La Luz are both no longer in operation).

This came shortly after the announcement that Fortnum and Masons at the Dubai Mall was also closed for good.

We’re sad to see so many venues going out of business, but look forward to seeing what restaurants are announced next.

Eat & Drink
EDITOR’S PICKS
Here's the full list of UAE public holidays in 2023
READ MORE
23 incredible things to look forward to in the UAE in 2023
READ MORE
Hidden gems: 10 UAE desert pop-ups to discover this winter
READ MORE
Where to travel in 2023: 10 new flight routes from the UAE
READ MORE
MOST POPULAR
The Wizarding World officially comes to Dubai
11 homegrown UAE restaurants that have gone global
13 new brunches in Dubai that will spice up your February
You can now tour these 12 ladies' nights on Yas Island
Sweep your special someone off their feet at TH8 Palm Jumeirah
YOU SHOULD CHECK OUT
Our website uses cookies and other similar technologies to improve our site and your online experience. By continuing to use our website you consent to cookies being used. Read our privacy policy here.