We volunteer as tribute…

Fans of The Hunger Games can now unleash their inner Katniss at Motiongate, the Hollywood-themed offering at Dubai Parks & Resorts.

That’s right, the theme park’s eagerly-awaited Lionsgate zone, featuring the world’s first rides and attractions inspired by the blockbuster movies (which are based on Suzanne Collins’ best-selling novels) is now open.

The World of The Hunger Games comes with never-before-seen content from the films, interactive character experiences from the Coal Miner’s Clash (a high-octane percussion show), food and drink available from Peeta’s Bakery and gifts and memorabilia that can be bought from Panem Supply Co.

What about the new rides? The first is the Capitol Bullet Train, which sees visitors take a hair-raising rollercoaster journey from District 12 to the Capitol. 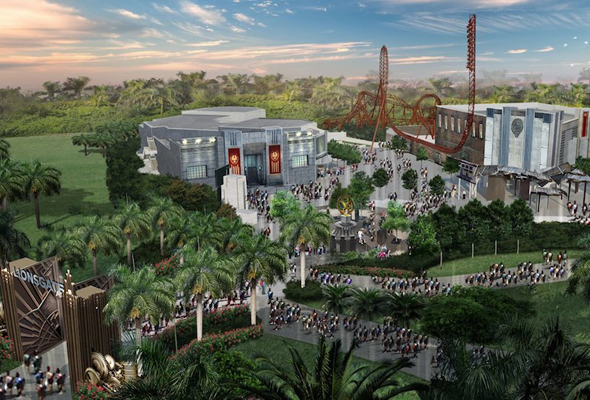 The second is the Panem Aerial Tour, which involves a 3D flight over the landmarks of the fictional nation.

Dubai Parks & Resorts opened late last year, and is currently home to three theme parks; Motiongate, Bollywood Parks, and Legoland. The region’s first Six Flags theme park (yes – like the one in Texas) is expected to open there in late 2019.

For non-residents, day tickets range from Dhs235 per park or Dhs285 for two parks.