Epic photos of the UAE from space...

While astronauts do plenty more important things up in space, one of the most instantly gratifying things they deliver us grounded folk is space photography.

THE PENINSULA AT NIGHT 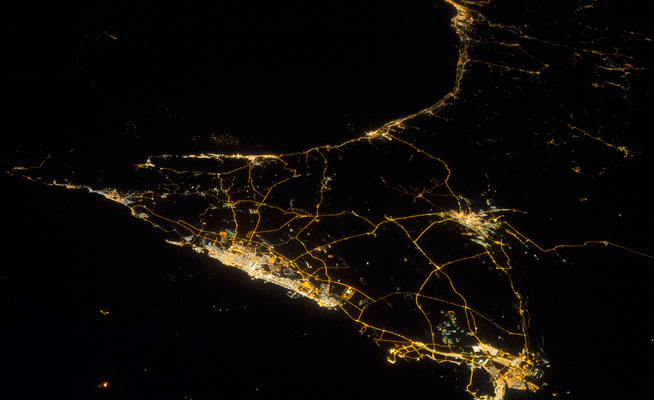 Space stations take night images because they’re incredibly useful for geographers. Why? Well because you see details of cities and how they’re used that you’re unable to see during the day.

This shot (in which north is to the left) was taken by NASA’s Expedition 38 crew in December 2013 – the main cluster of lights in the middle are Dubai, Sharjah and Ajman (which gives us an insight into how these cities are effectively ‘joined’). The cluster of lights beginning at the very top of the image are the outskirts of Oman.

The faint dots of light in the ocean are oil and gas platforms, and the fact that all the action in the images is along the coast shows just how important sea trade has been for the region. 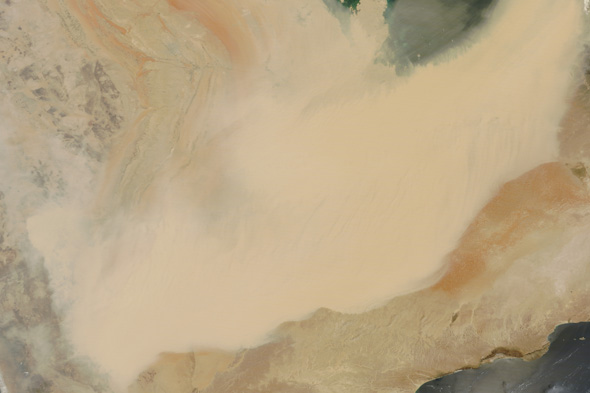 This amazing NASA image taken by astronaut Jeff Schmaltz on April 2 2015 shows a dust storm rolling over the peninsula: the lighter brown mass in the photo is a massive wall of sand.

It just goes to show that sand storms look as dramatic from space as they feel on the ground. 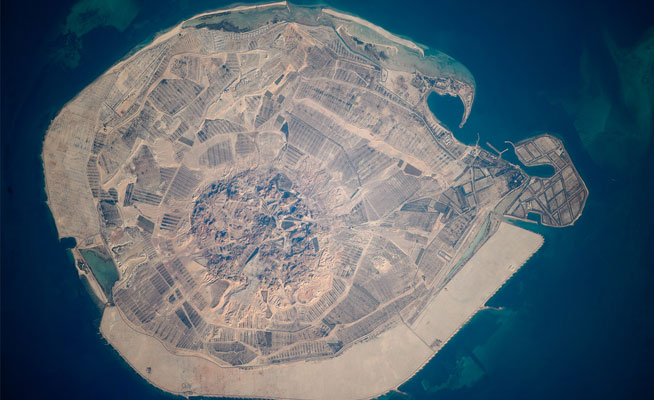 This aerial view of nature reserve Sir Bani Yas Island was taken in 2010 – in the centre of the image you can see the mountains of Jebel Wahid.

The patches of darker, cultivated land that cover much of the island are part of the desert agricultural research programme that was started by the late Sheikh Zayed Bin Sultan Al Nahyan.

THE CITY OF LIGHTS 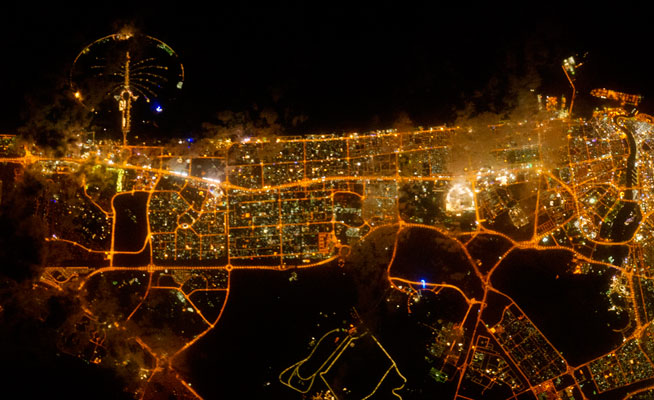 NASA says on its website that astronauts particularly love photographing Dubai due to “the artificial archipelagos that have been built so their full design is only visible from the vantage point of an airplane – or an orbiting spacecraft.”

This photo was taken on February 22 2012 – and the patchiness of the lights on the Palm Jumeirah show how sparsely developed it was at the time.

The different shades of light show how orange the lights that are used to illuminate our roads are, and the brilliant spark of brightness to the centre right of the picture is, of course, Downtown (it is ‘the centre of now’ after all).

WHAT A DIFFERENCE A DECADE MAKES 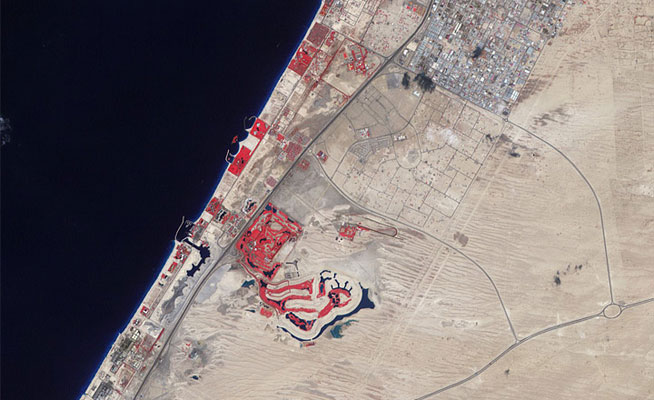 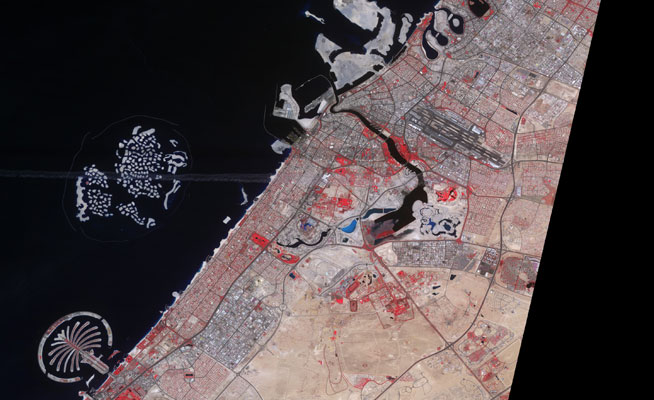 In these false-colour images from NASA, bare ground appears brown, vegetation appears red, water appears dark blue and buildings and concrete light blue and grey. While The World and The Palm are the most eye-catching developments, the most profound is how much the city has creeped inland. Dubai is no longer a city that just hugs the coastline. 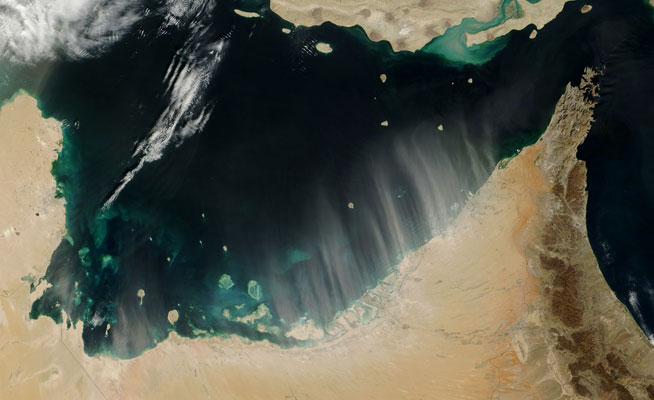 This image was taken in February 2009, which some of you will remember as the hottest February on record, with temperatures hitting 37 degrees Celsius (the record keeping of temperature in the region began in 1974).

Along with the heat, the month was also chock-a-block with dust storms, which you can see in this photo taken by Jeff Schmaltz, who was working as part of NASA’s rapid response team that takes photos of weather phenomenons. The wind at the time was so strong that you can see great big streams of sand dancing straight out over the ocean.

THE CITY THAT JUTS OUT INTO THE SEA 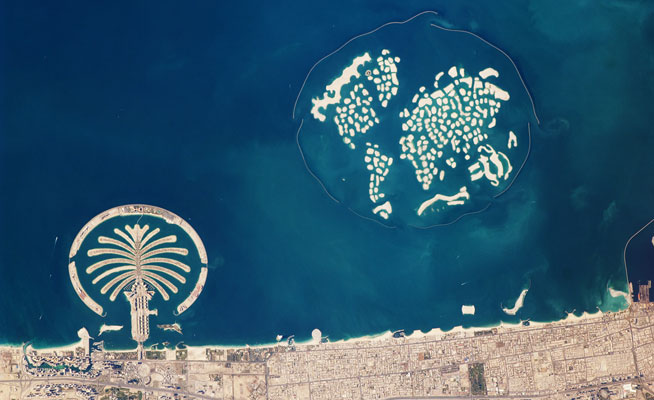 This image, captured in 2010, shows us just how big the World Islands are (that’s what 320 million cubic meters of sand gets you).

This wonderful country changes at a frenetic pace, and we look forward to the NASA cameras panning over us again (they’re sure to find many more talking points when they do).