Noticed how your phone now says 30NOV on it? Here's why...

Many eagle-eyed UAE residents spotted the change this morning…

If you noticed something different about your phone this morning, you weren’t the only one.

Many Dubai residents noticed that their usual network provider logo on their phone had been replaced by ’30NOV’. 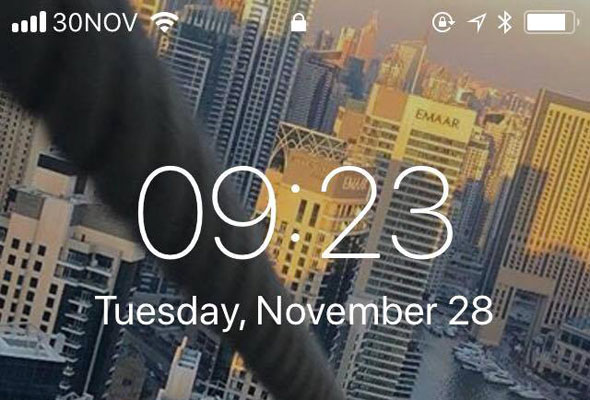 The reason that du and Etisalat have done this is to mark Martyr’s Day and UAE’s 46th National Day.

Many phones – especially Android providers – don’t yet have 30NOV on their top left-hand corners, but it may be something that’s rolling out over more devices today.

Both network providers took to social media to note the change:

Hello Anastasia, it’s part of a celebration for the Commemoration Day and start of public holiday. Thanks

The change has been made ahead of the final long weekend of the year, which is on the occasion of the birthday of the Prophet Mohammed’s (PBUH). Private sector employees will enjoy a three day weekend from this Thursday, while public sector workers will get four days, returning to work on Monday December 4.