The Renaissance Downtown Hotel has just opened in Dubai’s Business Bay district, bringing with it an array of new drinking and dining options to Downtown dwellers (more on those later).

But that’s not all.

It’s just been announced that the hotel will be flying in global superstar Gwen Stefani for its official opening party on Monday, December 4.

However, there’s a catch for those hoping to get hold of tickets.

There are only a limited number available, and only members of Marriott’s loyalty programs, Marriott Rewards Moments and SPG Moments, are able to redeem their points for various fan experience packages.

But who knows – perhaps Gwen will end up performing another show at one of Dubai’s hotspots while she’s in town.

It’s not entirely out of the question. Jennifer Lopez, who is performing a massive gig at the Autism Rocks Arena on November 17, is also hosting a pre-concert party at superclub BASE Dubai… so we’re keeping our fingers crossed that Gwen might do the same.

The hotel opening gig will ‘No Doubt’ (geddit?) see Stefani perform some of her greatest hits from over two decades in the music business. As the lead singer of famed 90s band No Doubt, and as a solo artist, Stefani has amassed three Grammys, eight studio albums and sold more than 30 million albums worldwide. 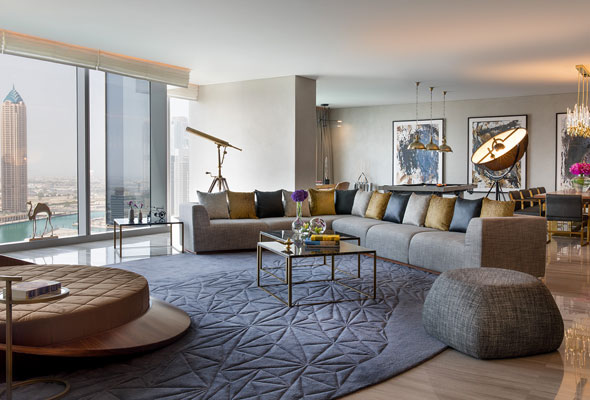 The Renaissance Downtown Hotel boasts 298 guestrooms, of which 65 are suites, as well as a collection of restaurant firsts for Dubai.

Chef Masaharu Morimoto will open his first UAE outpost of the famed eponymous restaurant in December, while Chef David Myers will debut two contemporary concepts, Bleu Blanc and BASTA!, which reflect a southern French farmhouse and an urban interpretation of a Roman trattoria, respectively.

Completing the dining line up is Bhar, the Arabic word for spice, which offers Middle Eastern cuisine (and is open now).

Nightlife
Restaurants
Staycations
EDITOR’S PICKS
Ramadan in Dubai: 40 iftars to try
READ MORE
Where can Dubai residents travel? Check out these 14 destinations
READ MORE
Rumours, facts and reveals: New Abu Dhabi bars and restaurants
READ MORE
UAE announces reduced working hours for Ramadan 2021
READ MORE
MOST POPULAR
20 places to enjoy culture and history in Abu Dhabi
3 mega-venues opening in Dubai that you need on your radar
6 fun things to do in Abu Dhabi this week: April 18 to 21
Book an unforgettable escape to Mӧvenpick Resort Kuredhivaru Maldives
Review: Is Lucky Fish worth its salt at West Beach?
YOU SHOULD CHECK OUT
Our website uses cookies and other similar technologies to improve our site and your online experience. By continuing to use our website you consent to cookies being used. Read our privacy policy here.