Look: Rain in Dubai (and there's still more to come)

Dust off those umbrellas, you’re going to need them this week…

Some love it, some hate it, but the rare wintery weather arrived in Dubai on Monday morning as residents woke up to rain and strong winds.

And it looks like it could continue throughout the week.

According to the National Centre of Meteorology (NCM), there will be more rainfall in different parts of the country until Wednesday morning.

The NCM shared a video of rain falling in Rashidiya:

A spokesperson at NCM told Gulf News: “It has been raining in some areas this morning. Different areas will experience rain through today, tomorrow and Wednesday morning. It will not be all over the country, mostly the northern and eastern areas. It will extend over the coast and some internal areas and the country will experience a significant fall in temperature, especially in the mountainous areas.” 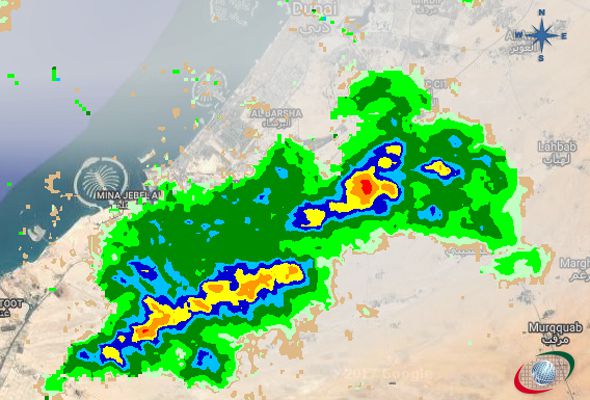 Many eagle-eyed residents also took to social media to share pictures of the rainfall they faced as they made their morning commute:

Check out those rain clouds:

Others shared the classic raindrops-on-the-windscreen shot:

The roads were a little damp in Downtown: