And at 356 meters, it is just one metre taller than Dubai’s JW Marriott Marquis, which previously held the record. 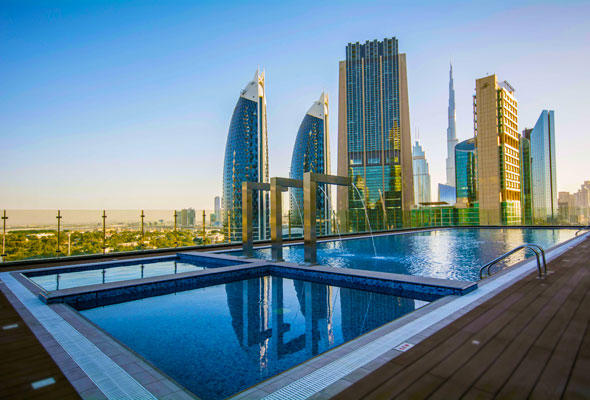 Gevora, which spans an impressive 75 floors, features 528 rooms, five restaurants (only two are currently open) and an al fresco pool deck which looks out over Downtown Dubai.

The four-star, unlicensed hotel is set to offer guests some unique extras too, with a dedicated butler assigned to each room. It’s also got some pretty swanky interiors, including plush bedrooms, contemporary finishes in the lobby and a luxe-looking fitness centre. 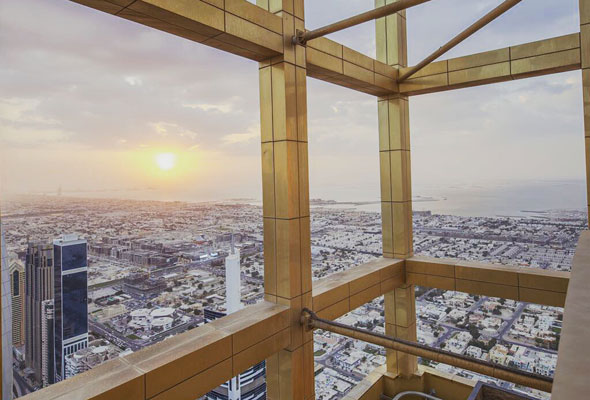 But Gevora isn’t just for hotel guests, as it’s also home to a rooftop viewing deck, offering up spectacular views of the city. Tickets for the viewing deck are priced at Dhs100 for adults and Dhs50 for children, which also includes a voucher for a pastry tray and drink at the Le Veryon Cafe. It’s open every day from 10am to 9pm. 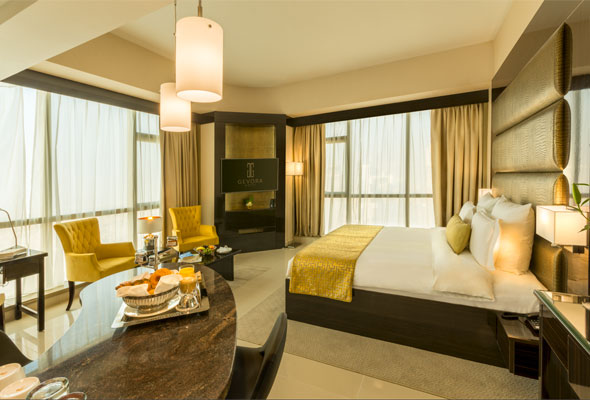 The opening of Gevora takes Dubai’s tally of tall hotels to the grand total of seven of the top 10 world’s tallest hotel’s all in the city. Others on the list include the Burj Al Arab and Jumeirah Emirates Towers, as well as the JW Marriott Marquis.

News
Staycations
EDITOR’S PICKS
13 Sheikh Hamdan-approved restaurants in Dubai
READ MORE
Dubai brunches temporarily banned in new preventative measures
READ MORE
12 upcoming Dubai mega-projects we can't wait for
READ MORE
17 of the best beach bars in Dubai for sundowners
READ MORE
MOST POPULAR
Wizz Air to launch Abu Dhabi to Tel Aviv flights from Dhs99
8 places to catch the Indian Premier League in Dubai
Emirates flight tickets can now be rebooked within 36 months
What’s On The Bookshelf: 3 feel-good fictions you have to read
Review: Hickory's Friday brunch at Yas Links Golf Club
YOU SHOULD CHECK OUT
Our website uses cookies and other similar technologies to improve our site and your online experience. By continuing to use our website you consent to cookies being used. Read our privacy policy here.