Just in time for the summer…

The RTA has announced that it has replaced a number of its water busses used in the Dubai Marina area with brand new abras.

Styled on the classic abaras found crossing Dubai Creek, the RTA says the new air-conditioned boats are “more convenient to riders and have better operational efficiency”. It should also be a welcome relief for commuters now that the summer months are starting to roll in

We definitely agree that the upgrade is a welcome one, going from this: 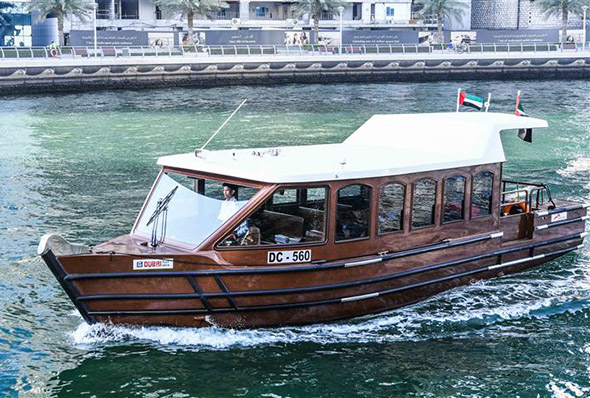 The new abras also offer better views thanks to an almost 360-degree window, and we love the new-meets-old styling.

Other marine transit modes provided by the RTA include various kinds of abras, water taxis and the Dubai Ferry.

Transport
EDITOR’S PICKS
Bla Bla: Dubai's huge new beach club is set to open this Thursday
READ MORE
16 of the best beach bars in Dubai for sundowners
READ MORE
Watch: A look inside Conor McGregor's Dhs20,000 per night Dubai villa
READ MORE
Where to get the Covid-19 vaccine in Dubai, Abu Dhabi and across the UAE
READ MORE
MOST POPULAR
Need a few laughs? These comedians are coming to Dubai in February
Is David Guetta going to perform in Dubai? It looks like it...
Amazonico Dubai launches new brunch and rooftop after-party
A stunning bright pink lake has been discovered in the UAE
Review: Goldfish Sushi & Yakitori, Dubai
YOU SHOULD CHECK OUT
Our website uses cookies and other similar technologies to improve our site and your online experience. By continuing to use our website you consent to cookies being used. Read our privacy policy here.