Eight lane tunnel to open in Dubai this week

Work on the eight lane tunnel on Sheikh Rashid Street first began in 2016, and now the Dubai Roads and Transport Authority (RTA) has announced that it is set to open this Thursday, May 3.

Comprising of four lanes in each direction, the opening of the tunnel should help to improve the flow of traffic on Sheikh Rashid Street.

Starting May 3, If you are going from Al Garhoud Bridge to Al Shindagha tunnel or Port Rashid and vice versa, you can use the new 4-lanes broad tunnel on Sheikh Rashid road, which will help in reducing the traffic in the area.#DubaiProjects#DubaiRoads pic.twitter.com/R8geamdfUX 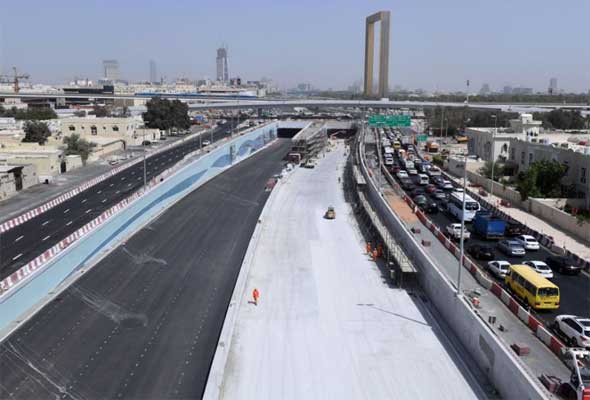 The tunnel is the latest part of the Sheikh Rashid and Sheikh Khalifa bin Zayed Streets intersection project to open, following the opening of two major bridges earlier this year which were created to ease traffic both to Al Karama and around the World Trade Center junction in the direction of Sheikh Zayed road.

Lighting, paving, irrigation, sewage and storm water draining are also being improved as part of the larger plan.

News
Transport
EDITOR’S PICKS
13 Sheikh Hamdan-approved restaurants in Dubai
READ MORE
Dubai brunches temporarily banned in new preventative measures
READ MORE
12 upcoming Dubai mega-projects we can't wait for
READ MORE
16 of the best beach bars in Dubai for sundowners
READ MORE
MOST POPULAR
Breaking: Dubai extends preventative measures until mid-April 2021
Enjoy brunch, breakfast and a stay at Westin Abu Dhabi from Dhs432
Get a free gym class at this cool new Dubai gym
Pics of the week: Your best photos of the UAE
Emirates Airlines and DHA to implement digital verification of traveller medical records
YOU SHOULD CHECK OUT
Our website uses cookies and other similar technologies to improve our site and your online experience. By continuing to use our website you consent to cookies being used. Read our privacy policy here.