G-Eazy to perform at Base Dubai

The Him & I hitmaker adds to an impressive line-up that already includes Lil’ John, Les Twins and Tyga…

It’s going to be a big month at d3 super club Base, as the venue has just announced that it will host American rapper and record producer G-Eazy for the first time ever this April.

Heading to Dubai for his debut on Saturday April 28, G-Eazy is one of three artists performing as part of Base’s first anniversary celebrations. The award-winning rapper will be joined by Tony Vegas, DJ AIK and DJ Spade on April 27 and celeb favourite, DJ Cassidy on April 26. 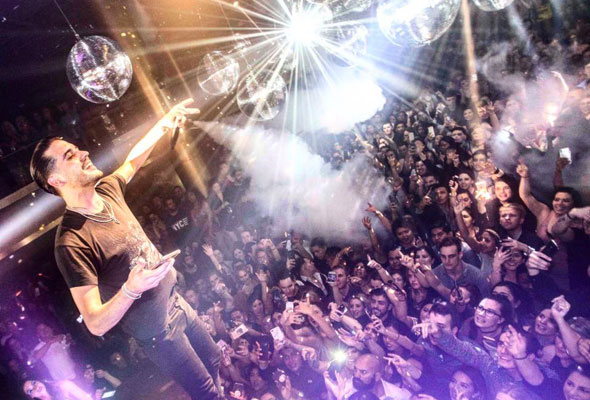 ALSO READ:
Everything you need to know about the What’s On Nightlife Awards
14 of the best night’s out to try in Dubai

G-Eazy, real name Gerald Earl Gillum, started gaining popularity in 2010 when he toured with stars including Lil Wayne and Snoop Dogg, but it wasn’t until his 2016 collaboration with Bebe Rexha Me, Myself and I that he reached more mainstream success.

Since then, the American rapper has worked with Charlie Puth, Ariana Grande and Halsey, and had his third studio album, The Beautiful and Damned, debut at number three in the Billboard Hot 100.

G-Eazy is the latest in a string of artists announced for performances at Base this month. This weekend, house DJ Rony Seikaly will headline the final instalment of the Base BPM Festival, Lil Jon will take to the stage on Thursday April 12, and a special event with rapper Tyga will complete a diverse hip hop and house line-up at the open air club.