The Dubai Ruler celebrated another win for his Godolphin stables at the prestigious British horse race. 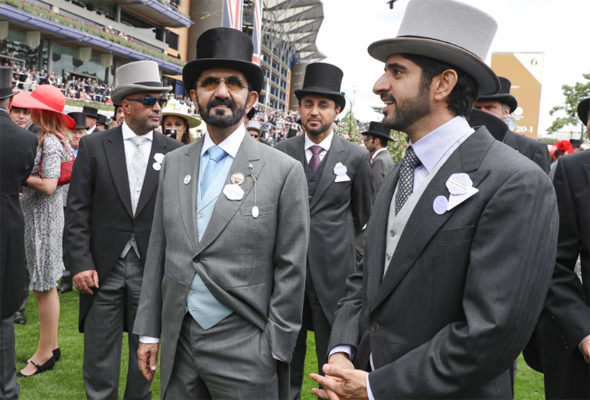 The Dubai ruler was joined by his wife, HRH Princess Haya, son Sheikh Hamdan and 10-year-old daughter Sheikha Al Jalila at the prestigious event in the British town of Ascot. 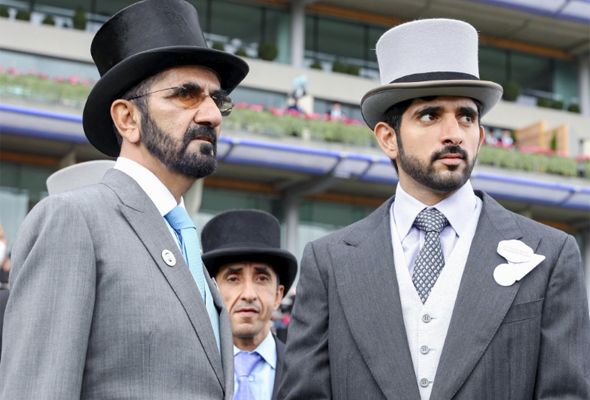 After the win, HH Sheikh Mohamed said that he had come into the race relaxed, having won the esteemed Epsom Derby a few weeks ago with his horse Masar, though was happy to have won this race too.

“I am very happy to have this race.” – @HHShkMohd thrilled with Blue Point’s success in the King’s Stand Stakes @Ascot. #RoyalAscot

At the awards ceremony, it was Dubai’s Crown Prince, HH Sheikh Hamdan, who collected the trophy, presented to him by British royal Princess Anne, with Sheikh Hamdan sharing the snap to his Instagram stories. 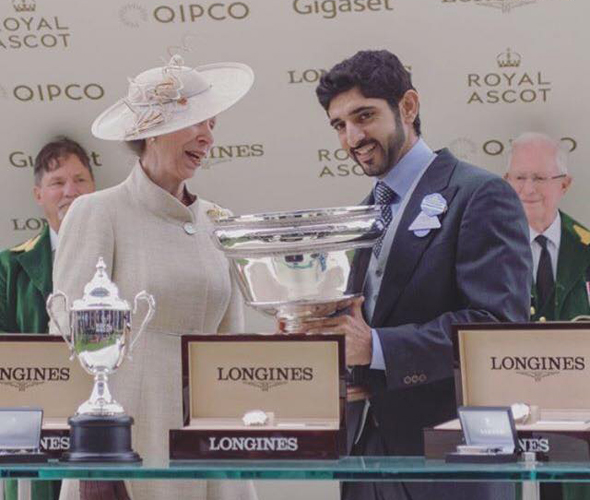