It might be too hot to catch a film totally al fresco, so Lakes gastropub Reform have launched a summer cinema night under the comfort of their air conditioned tent.

For the next month, they’ll be showing a girly run of rom-coms including Pitch Perfect, Legally Blonde and 50 first dates every Tuesday from 8pm. 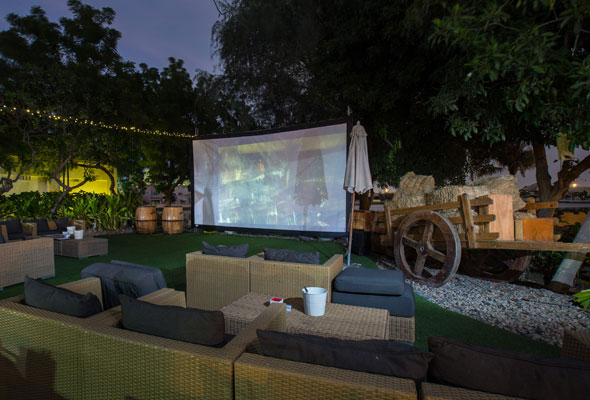 ALSO READ:
Dubai Mall is getting its own state-of-the-art Dolby Cinema experience
This cool shadow theatre show is coming to Dubai in September

The movies are free to enter, and movie snacks on offer include popcorn, or cool down with an ice-cream. If it’s a more hearty snack you’re after, a movie platter with two house beverages is priced at Dhs129. Designed to share, it features two mini hot dogs, two chicken skewers, two mini burgers, onion rings and popcorn.

It’s also the same night as their weekly Tuesday ladies’ night, which offers the rest of a bottle of bubbly for free when ladies’ buy two glasses.

Free prosecco, chick flicks and ice-cream? That sounds like our kind of Tuesday.

But if it’s al fresco film you’re after, you can still catch one of those too. Brave the heat and head to Riverland at Dubai Parks and Resorts, where you can catch free films every Thursday and Friday from 8pm to 12am at the fully air-conditioned The Encore. 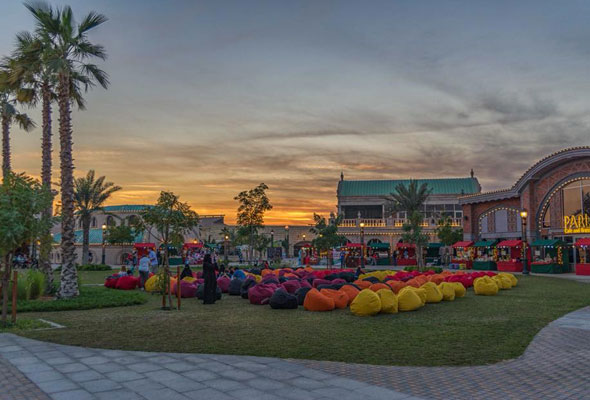 This weekend, it’s films based on a true story, with 12 Years a Slave on Thursday, and Wolf of Wall Street on Friday.

Film
Things to do
EDITOR’S PICKS
UAE holiday dates announced for Eid Al Adha
READ MORE
Emirates extends suspension of flights from India to UAE again
READ MORE
Coming soon: Everything we know about Ain Dubai so far
READ MORE
Khorfakkan set to open new tourist attraction 580 metres above sea level
READ MORE
MOST POPULAR
A 50 Best Restaurants guide for the MENA region is debuting in 2022
UAE residents stranded in India, Pakistan and more allowed to return
Watch: Incredible video of Saturn captured from UAE mountain
Stay at this luxury Palm Jumeirah hotel for just Dhs299
Watch: Reem Mall and Snow Abu Dhabi close in on completion
YOU SHOULD CHECK OUT
Our website uses cookies and other similar technologies to improve our site and your online experience. By continuing to use our website you consent to cookies being used. Read our privacy policy here.