The Middle East's largest Chinatown to be built in Dubai

Property developer Emaar has announced plans to build what will become the Middle East’s largest Chinatown in Dubai.

Located in the mega development Dubai Creek Harbour, the new retail district will occupy a central location within the currently under-construction project.

The official statement announcing the new Chinese-themed area didn’t divulge any details on when we might see the project officially open, but it did reveal that it will feature local and fashion brands that appeal particularly to Chinese tourists. 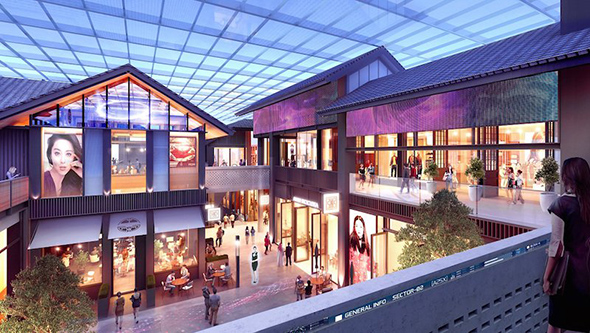 Judging from the images that were released, it appears that the development will be more upmarket than the current leading Chinese-themed mall in Dubai, Dragon Mart.

The UAE is in the middle of celebrating UAE-China Week which runs until June 24, and will see Chinese president Xi Jinping arriving in the country for a state visit on Thursday.

Things to do
EDITOR’S PICKS
UAE holiday dates announced for Eid Al Adha
READ MORE
Another update: Emirates extends suspension of flights from India to UAE
READ MORE
Coming soon: Everything we know about Ain Dubai so far
READ MORE
Khorfakkan set to open new tourist attraction 580 metres above sea level
READ MORE
MOST POPULAR
It's Dhs350 to brunch, stay and play at the What's On Lock In this weekend
After party: 8 of Dubai's best after-brunch deals on a Friday
Jones The Grocer is bringing its cheese, grape and jazz night to Abu Dhabi
A two-day art festival is taking place in Alserkal Avenue this weekend
Transport to Greece as Opa's monthly brunch returns
Al Qana update: Abu Dhabi mega project announces four new F&B outlets
YOU SHOULD CHECK OUT
Our website uses cookies and other similar technologies to improve our site and your online experience. By continuing to use our website you consent to cookies being used. Read our privacy policy here.