Chances are, you’ve at least heard of Blackberry, if not owned one of their phones at some point in your life. The brand was especially popular here in the GCC around a decade ago thanks to its Blackberry Messenger (BBM) platform which was a sort of proto-WhatsApp, allowing users to send free messages to each other rather than spending money on SMS.

A lot has changed since then, and Blackberry isn’t the tech behemoth it once was (in fact, the brand’s phones are now produced by Chinese company TCL under a licensing deal), but its latest device, the Key2, is a super interesting alternative in a world filled touch-only smartphones.

That’s because the Key2 brings back the physical keyboard that was the hallmark of Blackberry’s older phones, updating it for 2018, and throwing in some neat, albeit business-focused, features along the way.

Is this the comeback handset that Blackberry fans have been waiting for, or is the Key2 just an awkward trip down memory lane? We had a play around with one to find out…

Its design isn’t going to blow you away 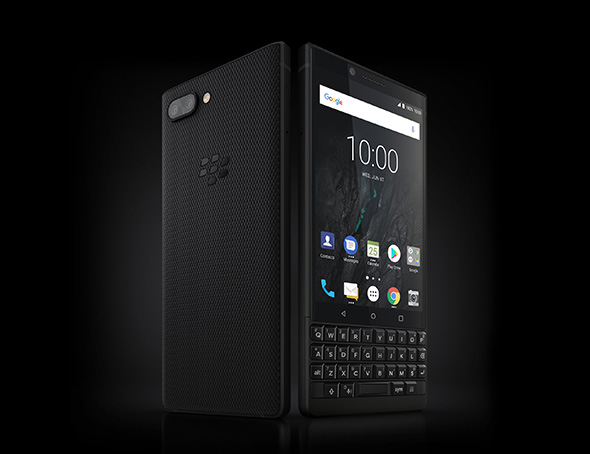 We’ll start by stating the obvious: the Key2 is not the most ‘sexy’ smartphone out there. Compared to the iPhone X or the even the Nokia 8 Sirocco, this thing looks more like the nerdy cousin you invited to a hip Satwa house party out of a sense of obligation who then spends the entire time chewing your ear off about cryptocurrency. You know the one.

It sports a relatively small 4.5in touchscreen display, compared to other phones that nowadays boast upwards of 6-inches, and a leather-like back that screams ‘business-not-pleasure’ at you. Watching YouTube videos (either in portrait or landscape) on the Key2 isn’t the best experience because of the phone’s weird 3:2 aspect ratio.

Having said that, there is a certain charm about a phone that is designed as productivity device, and that will undoubtedly suit a lot of people, especially in Dubai, just fine. The smaller screen can even be excused slightly because there’s justification for it. Underneath it sits the completely functional physical keyboard.

There’s no denying how useful the keyboard is 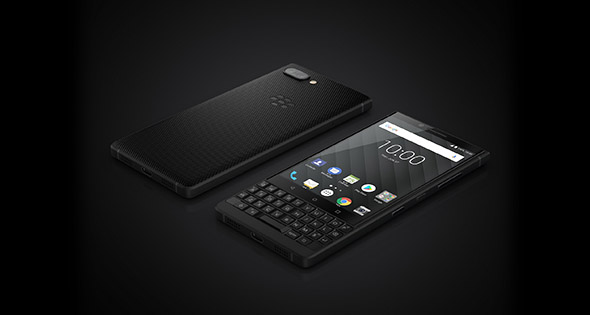 Backwhen the iPhone was announced, people scoffed at it because “how on earth can you type quickly using an on-screen keyboard?!”. Clearly, 10 years later, Apple proved everyone wrong and now touchscreens are the norm.

That’s not to say the Key2’s clacker isn’t without merit. While it took a little getting used to, typing away on the phone eventually became a pleasant experience (it took a couple of days to fully adjust) and Blackberry allows you to use certain keys as shortcuts to open apps.

The placement of the keyboard is a little lower than we would have liked, meaning we had to adjust how we’d typically hold a smartphone, but once that initial hurdle was over it’s amazing how quickly one’s muscle memory kicks in.

We love that the whole keyboard also acts as a defacto trackpad, letting you scroll by just swiping on it, freeing up the screen. The spacebar is also the fingerprint reader which is a nice touch.

It has some handy features that will suit business types 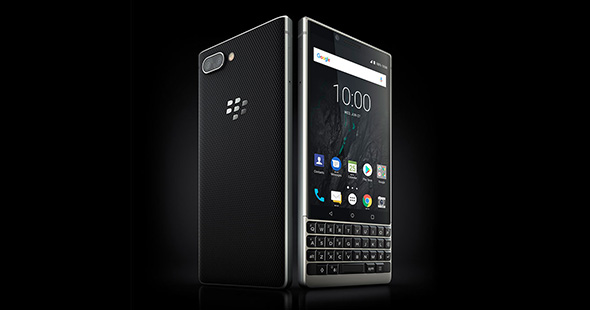 The Key2 is a productivity boss, there’s no denying that. It runs Google’s latest Android Oreo operating system and has a decent Qualcomm SDM660 processor that makes tasks like email, messaging and browsing a breeze. The ‘Silver’ version we tested had 6GB of RAM and 64GB of storage, while there is a ‘Black’ version that bumps up the storage to 128GB.

Blackberry has also loaded the phone with a heap of useful features like a fingerprint-locked privacy folder where you can store sensitive files and a central Hub (a throwback to its older devices) where everything from emails to Facebook notifications to phone calls are all listed chronologically for easy access.

And yes, BBM is still there. Although not particularly useful unless you happen to know a lot of other people with Blackberry phones.

This is also the first Blackberry phone to sport a dual 12MP rear camera setup. It’s by no means the best smartphone camera out there, but it will do in a pinch if you want to snap your business lunch for the ‘gram and even has a portrait mode for getting dreamy bokeh-style photos.

Priced starting at Dhs2,399, the Blackberry Key2 is hardly in impulse-buy territory but there’s certainly enough here, with the keyboard and additional features, to appeal to diehard Blackberry fans looking for that hit of nostalgia.

In a world of iPhones and Samsungs it’s a tough sell as a primary phone but for anyone who thinks themselves important enough to need a secondary phone for work, then the Key2 excels as a business device and a gets a strong recommendation.

The Blackberry Key2 is available for Dhs2,399 in Silver and Dhs2,699 in Black at all major retailers and online stores in the UAE.

Tech
EDITOR’S PICKS
UAE holiday dates announced for Eid Al Adha
READ MORE
Emirates extends suspension of flights from India to UAE again
READ MORE
Coming soon: Everything we know about Ain Dubai so far
READ MORE
Khorfakkan set to open new tourist attraction 580 metres above sea level
READ MORE
MOST POPULAR
A completely spoiler-free movie review of The Suicide Squad
Review: It's chilled vibes all the way at Jumeirah Islands Clubhouse
Review: Carna Dubai, a vibrant steakhouse 74-storeys high
Pics of the week: Your best photos of the UAE
New films to watch in cinemas this week: August 5 to 11
YOU SHOULD CHECK OUT
Our website uses cookies and other similar technologies to improve our site and your online experience. By continuing to use our website you consent to cookies being used. Read our privacy policy here.