The cafe owner said they were unaware of the UAE’s laws surrounding exotic pets.

A Dubai cafe has landed in hot water after they used a live cheetah to promote their business on Instagram.

Vibe Cafe, which recently opened in Al Wasl, faced an online backlash earlier this month when it shared several videos to its Instagram Stories of the animal prowling around the cafe and eating meat off the floor. The cafe was not open when the videos, which have since been deleted, were posted.

You can see the full video here: pic.twitter.com/YvbHBk4O1P

According to Gulf News, the cafe is now being investigated by authorities. In a statement to the newspaper, Hiba Al Shehi, acting director of the biodiversity department at the Ministry of Climate Change and Environment, said bringing a cheetah into any public space is illegal, and posed a “great risk to people’s lives”.

ALSO READ:
It’s now illegal to keep wild animals & to let your dog off the leash

However, the cafe owner has since apologised, claiming she was unaware of the UAE’s laws surrounding exotic pets.

She told Gulf News the incident happened by chance. The cheetah’s owner had parked outside her cafe, and when she went to tell him it was not yet open for business, she got “carried away” and invited him to bring the animal inside.

“It was like seeing a celebrity,” she said. “We got hyped up.”

It’s not the first time Vibe Cafe has caused a stir on social media. Earlier this month, Canadian rapper Drake mentioned the cafe on his Instagram Stories, describing it as his “go-to place in Dubai for clean eating and the best drink options”. 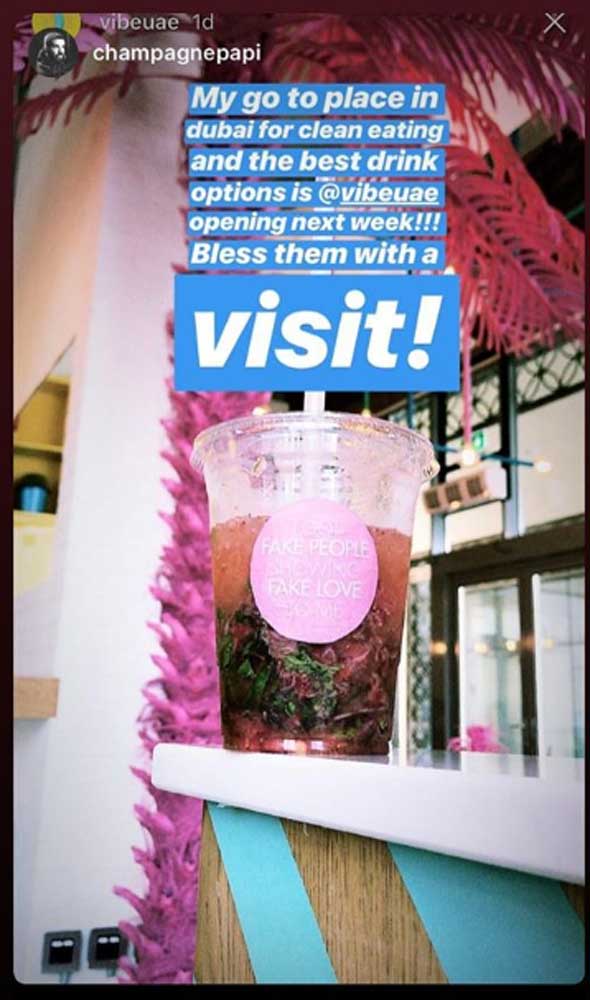 The post confused many fans, as despite the In My Feelings singer’s glowing recommendation, the cafe had not yet opened.