This is sad news…

Taking to social media to announce the news, the post read that ‘El Chiringuito and The Crystal Group have made the difficult decision to terminate their franchise effective immediately’.

We’d been big fans of the beach club, located on the edge of the Palm at Dubai’s Rixos The Palm, and was one of the city’s prettiest beach club locations, thanks to its boho style decor. 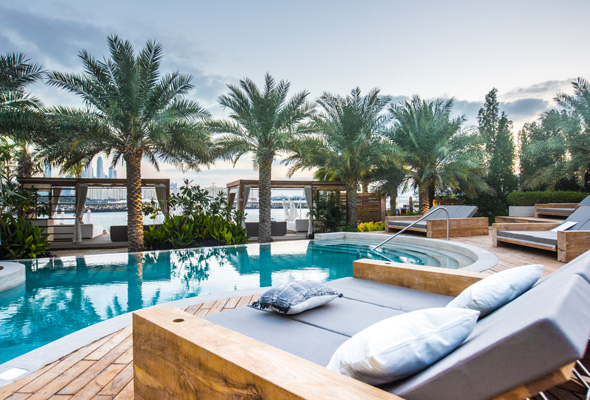 The post added that it ‘will be seeing you all sometime soon’, so we’re hopeful that the El Chiringuito brand finds a new location soon.

What will take its place still remains unknown, but we look forward to hearing more.

But it’s not all bad news for beach club fans, as we’re expecting the arrival of two brand new beach clubs in the coming months. First up will be Cove Beach, which will open its doors within Caesar’s Palace complex in the next couple of months.

Hot on its heels will be Nammos, the Mykonos beach club frequented by celebrities including Lewis Hamilton and Gigi Hadid. It’s scheduled to open its doors in the Four Seasons Jumeirah in the Spring of 2019.

News
Nightlife
EDITOR’S PICKS
UAE holiday dates announced for Eid Al Adha
READ MORE
Emirates extends suspension of flights from India to UAE again
READ MORE
Coming soon: Everything we know about Ain Dubai so far
READ MORE
Khorfakkan set to open new tourist attraction 580 metres above sea level
READ MORE
MOST POPULAR
A 50 Best Restaurants guide for the MENA region is debuting in 2022
UAE residents stranded in India, Pakistan and more allowed to return
Watch: Incredible video of Saturn captured from UAE mountain
Stay at this luxury Palm Jumeirah hotel for just Dhs299
Watch: Reem Mall and Snow Abu Dhabi close in on completion
YOU SHOULD CHECK OUT
Our website uses cookies and other similar technologies to improve our site and your online experience. By continuing to use our website you consent to cookies being used. Read our privacy policy here.