American rapper and singer-songwriter Post Malone is the fourth and final artist announced to perform at the 2018 Yasalam After-Race Concerts. The record-breaking star will open the show on Thursday November 22.

A relative newcomer to the rap scene, Post Malone began his career in 2015, with the release of his debut single White Iverson. The songs popularity on YouTube saw him secure a recording contract with Republic Records, where Malone went on to work with rappers including 50 Cent and Kanye West.

The versatile star is known for his unique sound of country fused with hip-hop and R&B and released his first album Stoney in December 2016. The album went on to break Michael Jackson’s 34-year-old record for most weeks on Billboard‘s Top R&B and Hip-Hop Albums chart at a staggering 77 weeks. Jackson’s Thriller remained there for 76 weeks. 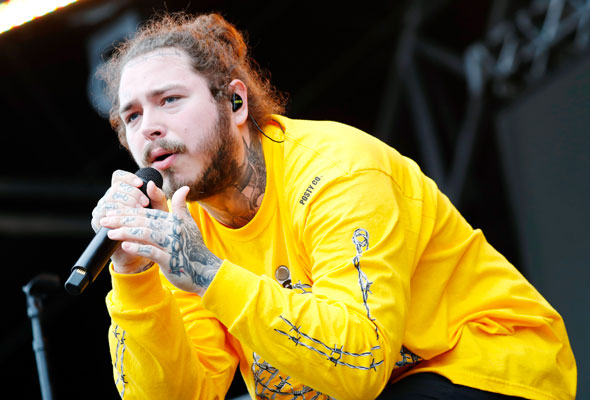 Malone joins the already announced urban star The Weeknd, who will perform on Friday November 23, Brit popstar Sam Smith, who is confirmed for Saturday November 24, and legendary rockers Guns N’ Roses, who will close the show on Sunday November 25.

Abu Dhabi Grand Prix ticket holders can enjoy access to all four concerts included in the price of their ticket, with upgrades available to the prime view Golden Circle area from Dhs195. This year, an additional 1000 tickets for the Abu Dhabi Hill have been released just for UAE residents. Priced at Dhs995, the three-day ticket is a great spot to watch the race and the Yasalm After-Race Concerts.

Nightlife
EDITOR’S PICKS
UAE holiday dates announced for Eid Al Adha
READ MORE
Another update: Emirates extends suspension of flights from India to UAE
READ MORE
Coming soon: Everything we know about Ain Dubai so far
READ MORE
Khorfakkan set to open new tourist attraction 580 metres above sea level
READ MORE
MOST POPULAR
It's Dhs350 to brunch, stay and play at the What's On Lock In this weekend
Abu Dhabi Green list updates: 20 changes to the quarantine free travel list
Barasti revamps its summer tent with stellar daily drinks deals
Enjoy dinner and a show 68 floors high in Dubai
New films to watch in cinemas this week: July 29 to August 4
16 Abu Dhabi pool pass deals that are so hot, they're cool
YOU SHOULD CHECK OUT
Our website uses cookies and other similar technologies to improve our site and your online experience. By continuing to use our website you consent to cookies being used. Read our privacy policy here.