Sheikh Hamdan came to the rescue of an oryx in distress

Just another day in the life of a legend.

We’ve asked the question before and we’ll ask it again – is there anything Dubai’s Crown Prince can’t do? He skydives, he goes spearfishing, he scouts out the coolest restaurants in the city.

And now HH Sheikh Hamdan bin Mohammed bin Rashid Al Maktoum has showed us his animal rescue skills, after he came to the aid of an oryx that had gotten its horns tangled in a piece of rope.

In a video posted to the royal’s Instagram account, Sheikh Hamdan can be seen driving along a Dubai road before spotting the distressed animal.

Fortunately, he has a tranquillizer gun with him, and uses it to subdue the oryx so he and his team can remove the cord from around its head.

Sheikh Hamdan then carefully administers an antidote, and we then see the animal get back up on its feet (hooves?), before happily galloping back to its herd.

The royal captioned the video: “All good to go for this Oryx! Mission accomplished.”

Believe it or not, this isn’t the first time Sheikh Hamdan has helped an animal in trouble – in June, he came to the rescue of an injured gazelle, which had also got itself caught up in some rope. 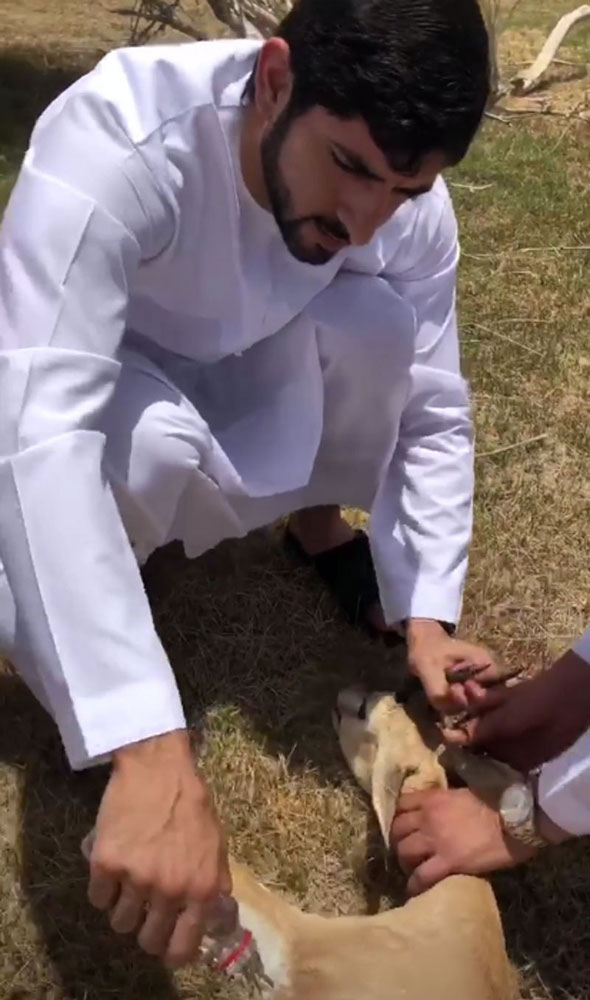 And a couple of years ago, the royal helped to free a trapped fish while diving in the UAE’s waters.