Miniminter and Syndicate will appear at Middle East Games Con next month.

Get ready to geek out: two of the biggest gamers on YouTube are heading to Abu Dhabi for Middle East Games Con.

British stars Miniminter and Syndicate will fly in for the event at Abu Dhabi National Exhibition Centre from Thursday October 25 to Saturday October 27. You’ll be able to watch the streamers play against each other – and even take them on yourself – live on stage.

Miniminter, real name Simon Minter, is best known for his FIFA videos and vlogs, while Syndicate, real name Tom Cassell, is behind the gaming channel TheSyndicateProject which has 10 million subscribers.

The pair will be joined by other big names including regional pro game team Nasr Esports, the voice actors of Mercy (Overwatch) and Geralt of Rivia (The Witcher), and entertainment acts including beatboxers and samurai sword performers. 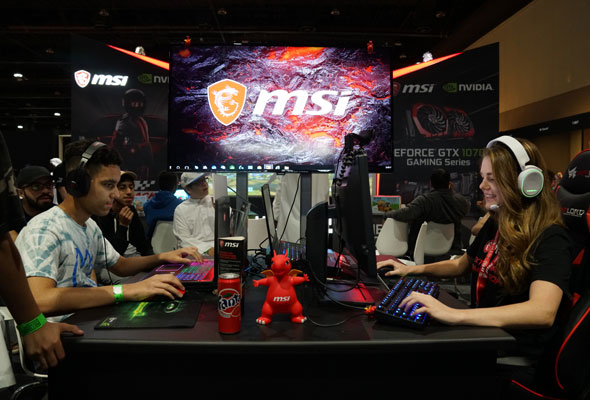 There will also be a cosplay catwalk, gaming workshops, an indie developer showcase, game design gallery and product launches, with more guests and activities to be announced in the coming weeks.

Tickets start from Dhs115.50 and are on sale via Platinum List, UAE Exchange and 7eleven stores across the UAE.

News
Tech
EDITOR’S PICKS
Ramadan in Dubai: 40 iftars to try
READ MORE
Where can Dubai residents travel? Check out these 14 destinations
READ MORE
Rumours, facts and reveals: New Abu Dhabi bars and restaurants
READ MORE
UAE announces reduced working hours for Ramadan 2021
READ MORE
MOST POPULAR
Sheraton Mall of the Emirates has a lot to offer this Ramadan
Looking for a cosy long stay residence in Dubai? Check this out...
Have you spotted the new Talabat Patrol team on Abu Dhabi roads?
Iftar home delivery for one? Here are some options...
Stunning Australian restaurant Hunter & Barrel is now open
YOU SHOULD CHECK OUT
Our website uses cookies and other similar technologies to improve our site and your online experience. By continuing to use our website you consent to cookies being used. Read our privacy policy here.