Abu Dhabi to Dubai hyperloop to open in 2020

It’s set to be the world’s first commercial hyperloop, and will cost between $20 million and $40 million per kilometre…

The world’s first commercial hyperloop is set to open in Abu Dhabi in 2020, according to Bibop Gresta, the Chairman of Hyperloop Transportation Technologies.

The hyperloop will link Dubai and Abu Dhabi over 150km, with each kilometre of the system costing between $20 million and $40 million, Gresta explained in an interview with Emirates News Agency, WAM. He added that the system ‘can recoup the investment in 8 to 15 years’.

The first 10km stretch of the project will be ready by 2020, although the completion date of the entire line was not given.

When complete, the hyperloop will reduce travel time between the emirates from hours to mere minutes, with capsules travelling at an impressive speed of 1,123 km/h. 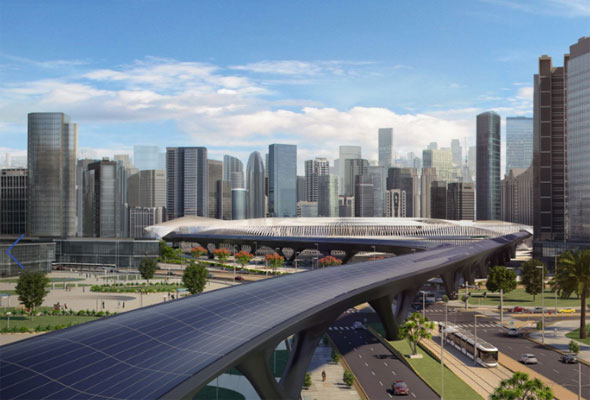 ALSO READ: New Middle East salary survey: How much should you be earning?

“It was a far-fetched dream, but we are all excited now that it’s a dream coming true in the UAE in 2020,” Gresta said.

“Basically, the Abu Dhabi Hyperloop system is right now past the feasibility study. We have already completed the study after we partnered with Aldar Properties last year. It will be the first commercial Hyperloop line in the world.”

The capsule of the hyperloop project has already left the assembly facility in Spain, and is on its way to Toulouse, France where testing will begin. It will eventually be brought to the UAE, where it will likely be housed at a soon to be built Hyperloop TT (HTT) site.

The HTT site will be conveniently located on the border of Abu Dhabi and Dubai, near the Expo 2020 site and will house a full scale commercial Hyperloop system, an Hyperloop R&D Advanced Mobility Centre, a Demonstration & Visitor Centre, and an Innovation Hub.

News
EDITOR’S PICKS
Ramadan in Dubai: 50 iftars to try
READ MORE
Where can Dubai residents travel? Check out these 14 destinations
READ MORE
Rumours, facts and reveals: New Abu Dhabi bars and restaurants
READ MORE
UAE announces reduced working hours for Ramadan 2021
READ MORE
MOST POPULAR
Torno Subito's new lunch menu offers a quick mid-week vacation
It's official: Eid Al Fitr will start on Thursday May 13
Looking for a long stay in a popular Dubai location? Check out Hilton Dubai The Walk...
Review: Is The Orangery your favourite new date night spot?
Deals and discounts: It's all about the ladies on Tuesdays at La Mer
YOU SHOULD CHECK OUT
Our website uses cookies and other similar technologies to improve our site and your online experience. By continuing to use our website you consent to cookies being used. Read our privacy policy here.