How to: Get from Dubai to Abu Dhabi without a car

No driving license? No problem…

For a city that boasts a world-class public transportation system, there’s often a misconception that travel between Dubai and Abu Dhabi is nigh on impossible if you don’t get in a car and drive there yourself.

While in the past this may have been true, both Dubai’s Road & Transport Authority and the Department of Transport in Abu Dhabi (as well as a number of private companies) have worked hard in recent years to rectify this problem.

No longer do you have to pay a cab fare of upwards of Dhs200 (each way!) to spend a weekend away in the nation’s capital. It’s easier and more affordable (or expensive depending if you’ve got the cash to splash) than ever to make the journey for those that don’t have the luxury of a driving license.

Want to know how? Read on, fellow traveller… 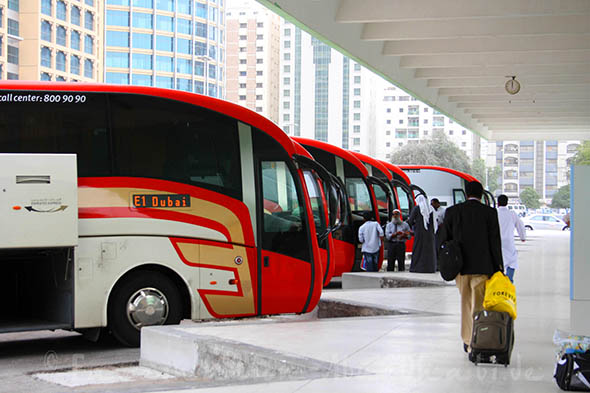 Travel time? One and a half to two hours.

How much does it cost? Tickets are Dhs25 one-way and can be paid for by using a standard RTA Nol card.

How does it work? This is by far the cheapest route to get from Dubai to Abu Dhabi without having your own car and there are two options depending on which area of Dubai you live in.

For those located in the older part of the city (Bur Dubai, Satwa, Karama) the number E100 bus will take you straight to Abu Dhabi Central Bus Station from the Al Ghubaiba Bus Station in Bur Dubai. Those living in the Marina, JLT or JBR areas can similarly catch the E101 bus from the Ibn Battuta Metro Station, saving you a trip in the opposite direction. 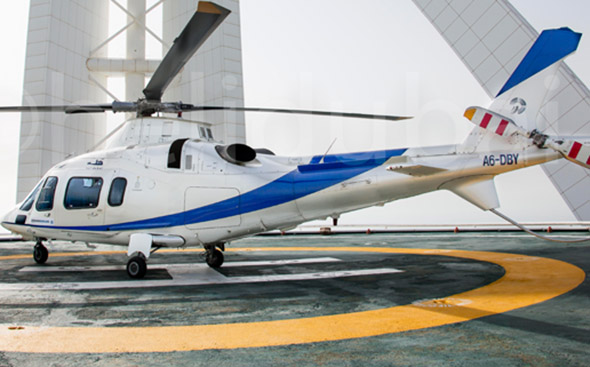 How much does it cost? A private helicopter charter starts from around Dhs14,900 for 5 people

How does it work? If money is no object, and you want to arrive in the capital with an appropriate level of flair, then the answer is to take a helicopter.

Private charter companies like Heli Dubai offer a range of tailor-made flight solutions based on your specific requirements, with pick-up from their helipad located near Dubai Festival City and drop-off at Emirates Palace in Abu Dhabi.

Their fleet of Agusta 109e helicopters feature quiet, air-conditioned cabins with hand-stitched leather interiors that will get you to you destination in style – provided you can stomach the price-tag, of course.

How much does it cost? Free (if you have an economy class ticket with Emirates or Etihad)

How does it work? If you have a flight booked with either Emirates or Etihad, then you’re in luck. Both airlines offer complimentary shuttle services between Dubai and Abu Dhabi for economy class passengers.

For those flying with Emirates there are six scheduled trips per day. Pickup is from outside of Arrivals at Terminal 3 of the Dubai International Airport, while drop-off in Abu Dhabi is in front of the Emirates Downtown Office, Khalidiya Corniche.

Etihad passengers are picked up from the Etihad Travel Mall in Downtown Dubai and have a choice of 10 scheduled daily trips that will deliver them directly to Abu Dhabi International Airport.

It is recommended that you book in advance with either airline to ensure you get a place on the coach. 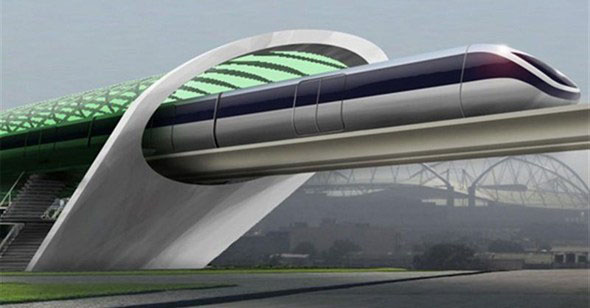 How much does it cost? The Hyperloop people say it should be cheaper than the current cost of high-speed rail.

How does it work? DP World officially announced plans last year that it would begin working towards building the high-speed transportation system Hyperloop in the UAE for commercial use.

If this turns out to be feasible the RTA has also said that it will look into implementing the system as a method of transportation between Dubai and Abu Dhabi, cutting the traveling time of a 90 minute journey down to just 15 minutes.

Hyperloop works by having passengers enter a pod that is fired through a tube in a near-frictionless vacuum, allowing it to reach speeds of up to 1200 km per hour.

While we’re still a ways off from Hyperloop becoming a reality – think decades, rather than years – we’re definitely excited about the prospect of super fast inter-city transport coming to the UAE.

How-to
Transport
EDITOR’S PICKS
Here's the full list of UAE public holidays in 2023
READ MORE
23 incredible things to look forward to in the UAE in 2023
READ MORE
Hidden gems: 10 UAE desert pop-ups to discover this winter
READ MORE
Where to travel in 2023: 10 new flight routes from the UAE
READ MORE
MOST POPULAR
Miami Vibes Food Festival is returning to Dubai this weekend
6 brilliant things to do in Abu Dhabi this week: Feb 6 to 9
This stunning new wellness space will open in Dubai next month
Dubai tourism increases by a massive 97 per cent
16 incredible mega projects coming to Abu Dhabi soon
YOU SHOULD CHECK OUT
Our website uses cookies and other similar technologies to improve our site and your online experience. By continuing to use our website you consent to cookies being used. Read our privacy policy here.