From a look around Quranic Park, to news of a gorgeous new hotel opening soon, there’s loads to catch up on this week.

A Queen tribute show is coming to the QE2 Dubai 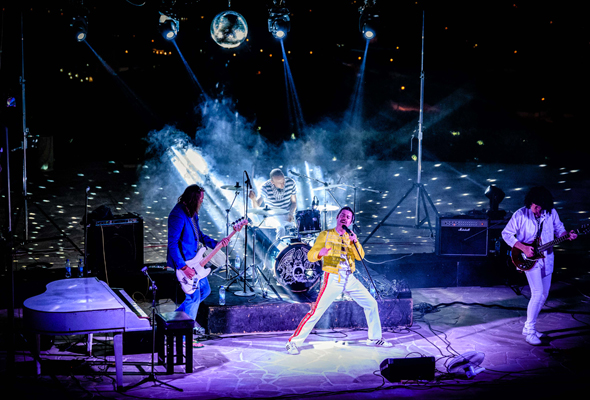 Theatre by QE2 is set to host a Queen tribute show this May. Running from May 1 to 3, Theatre by QE2 will welcome Queen by Majesty, the hit UK Queen tribute act. The four-piece tribute act will take to the stage as Freddie, Brian, Roger and John take to the stage for a show described as an ‘all-action production’ that recreates ‘the excitement of their legendary stadium spectaculars’. The two-hour show promises to deliver a score of non-stop Queen hits sure to have you on your feet.

UAE to change the requirements for expats to sponsor their family 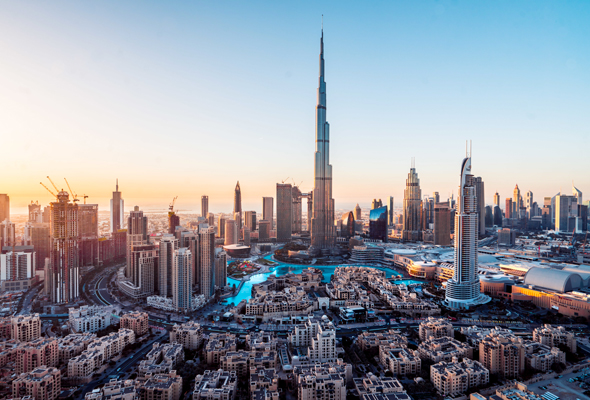 Expats will soon be able to apply to sponsor their family under a new set of criteria. The UAE Cabinet have announced that a new process will take into account salary earned, rather than job title. The exact minimum salary required has not yet been mentioned, although currently it stands at Dhs4,000 for men and Dhs10,000 for women. Previously, the regulation was based on an individual’s profession, stating that they should be at managerial level or above in order to bring their family onto their visa.

Dubai Arena is one of the most hotly anticipated openings of 2019 and ahead of opening, HH Sheikh Mohammed Bin Rashid Al Maktoum, Vice President of the UAE and Ruler of Dubai has paid it a visit. The striking arena in City Walk will become the largest indoor arena in the region when it opens in the coming months. During his visit, Sheikh Mohammed was briefed on all the features of Dubai Arena, alongside HH Sheikh Hamdan bin Mohammed bin Rashid Al Maktoum, Crown Prince of Dubai. Sheikh Mohammed was also briefed on the eye-catching active-lit façade at Dubai Arena, which has the capacity to accommodate 17,000 visitors and host multiple events all year round.

Inside the beautiful new Quranic Park in Dubai

Quranic Park is a brand new Dubai attraction now welcoming visitors. Located in Al Khawaneej, the Quranic Park is designed to give a better cultural and educational understanding of the Islamic heritage, while still being a fun place to visit for children, families and those looking to learn more about the Holy Quran. The park that spans over of 60-hectares, but it has two main attractions within the space that offers visitors a brilliant, intelligent insight into the several areas of the Holy Quran.

New Address hotel in Downtown to accept reservations from August 1

Downtown Dubai is set to welcome a brand new Address Hotel later this year as Address Sky View nears completion. The two-tower hotel and residence complex will begin accepting reservations to the hotel from August 1, according to a Tweet from Emaar Hospitality. The five star hotel can be found on Sheikh Mohammed Bin Rashid Boulevard, and will offer prime Burj Khalifa and Downtown Dubai views when it opens later this year. The first tower will be dedicated solely to residences, and stands at 61 storeys high. It’s linked to the second tower (where you’ll find the hotel), which is slightly smaller at 56 storeys, by a stunning, three level Sky Bridge at floor 51. 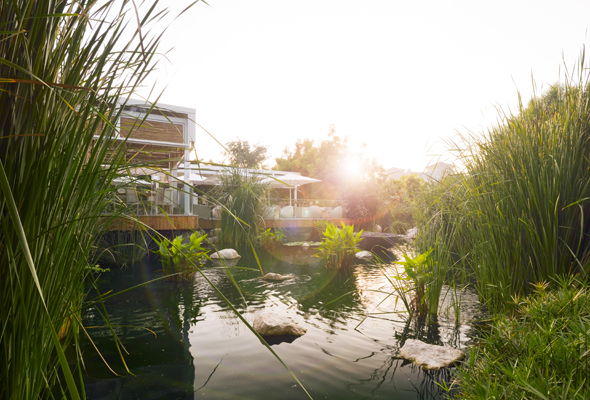 You might know Al Barari as the lush green location for healthy breakfast spot, The Farm, but it’s also soon to become home to a new Spring festival taking place this April. Running for two weekends over April 12 and 13 and 19 and 20, luxury real estate developer Al Barari will open its famed private gardens to the public for the first time. Taking place from 9am to 2pm, the festival will run in the retail area, and will offer a full programme of entertainment and activities for adults and children alike.

News
EDITOR’S PICKS
13 Sheikh Hamdan-approved restaurants in Dubai
READ MORE
Dubai brunches temporarily banned in new preventative measures
READ MORE
12 upcoming Dubai mega-projects we can't wait for
READ MORE
16 of the best beach bars in Dubai for sundowners
READ MORE
MOST POPULAR
You can now buy Marks & Spencer's clothes at Nakheel Mall, Palm Jumeirah
Dine with acclaimed chef Massimo Bottura in Dubai this month
Tuck into Moroccan cuisine at this gorgeous restaurant in Downtown Dubai
Who are the better drivers in the UAE, women or men? The results are in
6 fun things to do in Abu Dhabi this week: March 7 to 10
YOU SHOULD CHECK OUT
Our website uses cookies and other similar technologies to improve our site and your online experience. By continuing to use our website you consent to cookies being used. Read our privacy policy here.