We’re trading pool days for movie days this summer, and there’s SO many to look forward to…

As we all know, it can get a little toasty in the UAE during the summer months, and when it’s too hot for pool days, that leaves us in search of indoor activities to escape the scorching heat.

Luckily, there’s a slew of great movies releases coming this summer to get you excited – everything from animated films to horror flicks to jam-packed action movies to belly-aching comedies.

So if you were looking for a way to while away the day, here are 7 great movies releasing in cinemas this summer, sorted by release date (note: subject to change, so check ahead before planning).

We’ve also been kind enough to include the trailers here for your viewing pleasure. You’re welcome.

SPOILER ALERT: If you haven’t seen Avengers: Endgame yet skip to the next movie! You’ve been warned.

Following the events of Avengers: Endgame, Spider-Man must step up to take on new threats in a world that has changed forever. Our friendly neighborhood superhero decides to join his best friends Ned, MJ, and the rest of the gang on a European vacation, but Peter Parker’s plan to leave heroics behind for a few weeks are quickly scrapped when he begrudgingly agrees to help Nick Fury uncover the mystery of several elemental creature attacks, creating havoc across the continent

We here at What’s On can’t wait for this one to come out and we’re sure we aren’t the only ones. The ‘live action’ version of The Lion King is one of the most anticipated Disney remakes of all time. For those of you who haven’t seen the 1994 Disney animated film – the story follows young lion cub, Simba who is next in line for the throne after his father, Mufasa. After the murder of Mufasa by Simba’s jealous and throne hungry Uncle Scar the young lion prince flees his kingdom, only to learn the true meaning of responsibility and bravery.

What started life as a simple mobile phone game has become the premise of not one, but two movies as Angry Birds 2 hits UAE cinemas on August 8. This time around, there’s a new threat to Bird and Pig Island, and it’s up to Red (Jason Sudeikis), Chuck (Josh Gad), Bomb (Danny McBride), and Mighty Eagle (Peter Dinklage) to recruit Chuck’s sister Silver (Rachel Bloom) and team up with pigs Leonard (Bill Hader), his assistant Courtney (Awkwafina), and techpig Garry (Sterling K. Brown) to stop it. Forging an unlikely super team, the gang have to fight to save their homes.

Once Upon A Time… In Hollywood 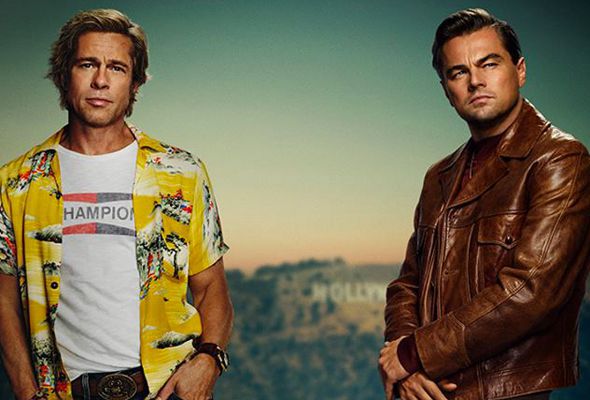 The 9th film by the legendary Quentin Tarantino, Once Upon A Time… In Hollywood follows Rick Dalton (Leonardo DiCaprio) and his longtime stunt double Cliff Booth (Brad Pitt) as they navigate the tail end of the golden era of Hollywood in the late 1960s.

The 1990 TV series of the Stephen King novel was turned into a movie in 2017 to tell the first part of the story, as a group of children who encountered the sinister Pennywise and now in 2019, it’s the turn of the grown-ups’ to face Pennywise. Set 27 years after the events of the first film, the Losers’ club have drifted apart, but they’ll come together again in the sleepy town of Derry to face their fears.

It may be 37 years since Sylvester Stallone first appeared on our screans as Rambo, but the 72-year-old actor reprises the role once again in this latest installment. A sequel to Rambo (2008), this time around John Rambo must travel to Mexico to save a friend’s sister who has been kidnapped by the Mexican cartel.

Head back to whatson.ae every Thursday for our line up of films coming out every week.

Culture
Film
Things to do
EDITOR’S PICKS
13 Sheikh Hamdan-approved restaurants in Dubai
READ MORE
Dubai brunches temporarily banned in new preventative measures
READ MORE
12 upcoming Dubai mega-projects we can't wait for
READ MORE
16 of the best beach bars in Dubai for sundowners
READ MORE
MOST POPULAR
Ladies, here's how you can win a chance to showcase your talent at Radisson Red
Dubai influencers must now declare free gifts to UAE tax authority
Wit woo: Check out Boomah, Abu Dhabi's first owl cafe
This stunning new restaurant brings Australia to Dubai
There's a dry night in Dubai coming up this week
YOU SHOULD CHECK OUT
Our website uses cookies and other similar technologies to improve our site and your online experience. By continuing to use our website you consent to cookies being used. Read our privacy policy here.