Is 3D printing the future of construction in Dubai?

Master property developer Emaar has been commissioned by a global 3D printing company to build a house in Dubai using their advanced technologies. The house will be built in Arabian Ranches III and used as a model for investors.

According to an announcement, Emaar hopes “by embracing 3D printing, [its] goal is to create a real estate landscape in the future where customers can ‘design, download and print’ their homes in the future across Emaar’s diverse portfolio of master-planned developments”.

The general public can register their interest in the project, although this specific house will not be available to buy. Once complete, it will act as a reference point for investors on display within Emaar’s newest neighbourhood project, Arabian Ranches III. 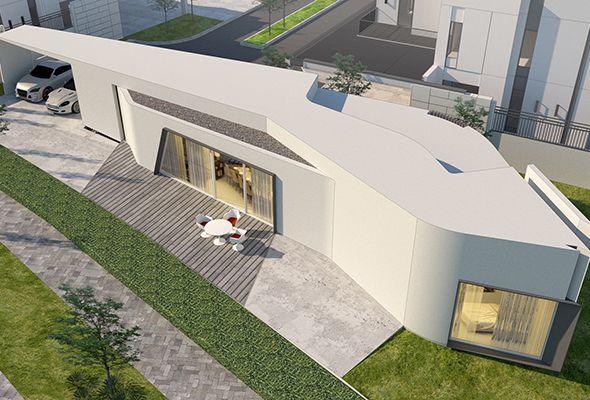 ALSO READ: This new Dubai neighbourhood will have a lazy river running through it

Comprising of three and four bedroom townhouses, Arabian Ranches III will feature a lush central park in the middle, covering 30,000 square metres, a 4km long boulevard and a lazy river which looks like it will run through the centre. Described as a ‘premium desert-themed community’, the new neighbourhood will span an expansive 6.67 million square metres.

In the park, there will be a central plaza, adventure zones, a parkour course, skate park, barbecue areas, jogging tracks and a gym. There will also be a direct connection from the new community to the 86km long Al Qudra cycling track.

Emaar is hoping to position itself as an early adopter of new technologies, meaning the future of construction could look very different in the UAE. We imagine Dubai without the environmental effects of building sites and noise pollution could be a very different city in the future.

News
Tech
EDITOR’S PICKS
UAE holiday dates announced for Eid Al Adha
READ MORE
Emirates extends suspension of flights from India to UAE again
READ MORE
Coming soon: Everything we know about Ain Dubai so far
READ MORE
Khorfakkan set to open new tourist attraction 580 metres above sea level
READ MORE
MOST POPULAR
UAE is finally moved from the UK's 'red list' to 'amber'
A cool new hotel is opening in Jumeirah Village Circle in September
Resident returning to the UAE? Here's the approval form
WizzAir Abu Dhabi will start flying to Italy with fares from Dhs129
Get two-for-one on Friday brunch at this popular Dubai pub
YOU SHOULD CHECK OUT
Our website uses cookies and other similar technologies to improve our site and your online experience. By continuing to use our website you consent to cookies being used. Read our privacy policy here.