Steve Aoki to headline BAO Festival in Dubai this October

Legendary DJ Steve Aoki is set to make his return to Dubai later this year as the first headliner announced to perform at BAO Festival in Dubai.

The world-famous cake-throwing DJ and producer will take to the stage on Friday October 4 at the Meydan Grandstand for the Dubai festival.

Early bird tickets start from Dhs230, and are available now via Platinumlist.

Over his impressive career, Steve Aoki has collaborated with A-list names including Iggy Azalea, will.i.am and Afrojack, as well as releasing several Billboard-charting studio albums, including 2013’s Grammy-nominated Wonderland. 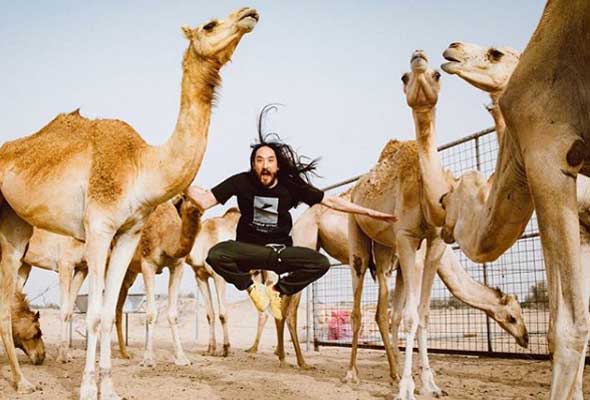 ALSO READ: Party in the Park is back – and it’s going to be a two-day festival

On his last visit to Dubai in April 2018, he told What’s On that Dubai was “one of his favourite places in the world”, so we’re sure he’ll bring an incredible set to the city when he returns later this year.

BAO Festival returns to Dubai for the second time in 2019, after the inaugural event last year. In 2018 BAO Festival transformed Meydan into a Chinese-themed wonderland, and we’ve got high expectations for a just as wow-worthy production and line up this October.

The first BAO Festival saw no less than a dozen top class DJs including Martin Garrix, Dimitri Vegas & Like Mike, Afrojack, Don Diablo, so stay tuned as more acts get announced for this years line-up.