Get this in the girls group chat…

Listen up party people, there’s a new ladies’ night in town. Dubai Design District’s super club SKY2.0 recently launched their new Wednesday night, DSTRKT, and it’s set to become their new Wednesday ladies’ night too. From 10pm to 4am, girls can enjoy unlimited complimentary drinks from a selection of spirits, wine and beer alongside the night’s brilliant entertainment.

DSTRKT is all about the latest hip hop, urban and R&B tunes, with DJ Dany Neville spinning the decks to keep the crowd partying until the early hours. 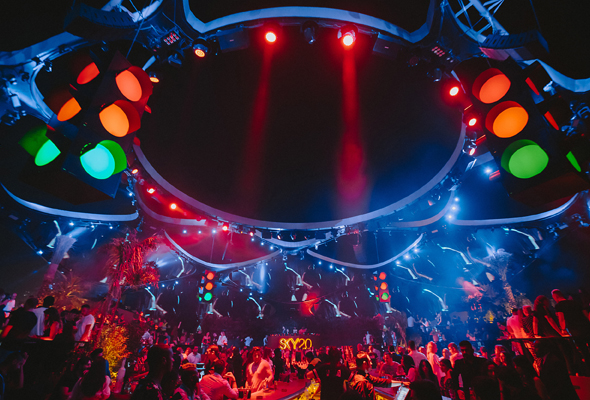 SKY2.0 is not only about the music but a visual treat as well. International dancers showcase their choreographed routines to have the crowd reaching for their phones to capture the show. The extravagant performances offer a taste of the Beirut lifestyle in Dubai Design District.

The popular nightlife venue recently reopened for the new season and hosts three events per week, offering something for everyone. Thursdays are their SIGNATURE night, which seamlessly blends commercial house tunes with current R&B bangers. 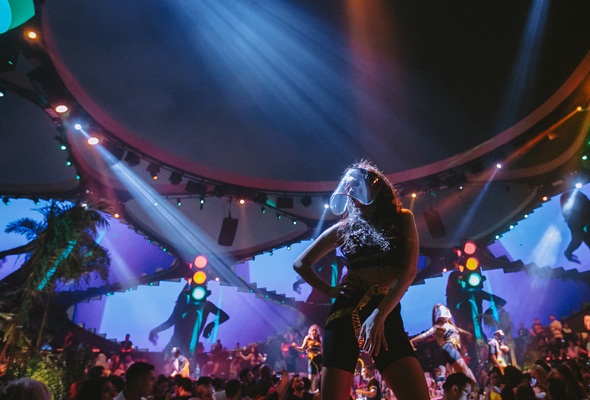 Fridays are the throwback night, as BOOMBOX will take you back through the decades, playing the best tunes from bygone eras. All three nights are a guaranteed fun time, if you love music and are looking for a great atmosphere, it’s definitely worth checking out SKY2.0.

Skybar Beirut first opened in 2003 as one of the regions first outdoor restaurant-club, and became the Lebanese capital’s go-to party spot. It moved in 2007 to the rooftop of One in Beirut Waterfront in 2009 the same year it was ranked among the world’s best bars. SKY2.0 opened earlier this year in Dubai Design District.

Ladies' Night
EDITOR’S PICKS
What’s On Nightlife Awards 2021: Here are the nominees...
READ MORE
It's back! What's On Lock In returns to Media One Hotel
READ MORE
Arts and culture: 5 spots we can't wait to visit at Expo 2020 Dubai
READ MORE
UAE petrol prices are set to decrease in September 2021
READ MORE
MOST POPULAR
7 awesome things to do in Abu Dhabi this weekend: Sep 23 to 25
10 awesome things to do in Dubai this weekend: September 23 to 25
White Dubai to reopen as a dining and entertainment lounge
Review: The special 20 year anniversary menu at Hakkasan Abu Dhabi
See Andrea Bocelli perform live when he returns to Dubai in November
YOU SHOULD CHECK OUT
Our website uses cookies and other similar technologies to improve our site and your online experience. By continuing to use our website you consent to cookies being used. Read our privacy policy here.