Its London counterpart has been visited by the likes of Kate Moss, members of the Beatles and Simon Cowell…

As the country gears up for the Abu Dhabi Grand Prix this weekend, many of the world’s best racing stars are beginning to land in the UAE. And one such stars who’s already touched down in Dubai is six time F1 world champion, Lewis Hamilton.

And where does a six-time world champion dine when he visits Dubai? Well, he’s been spotted at upscale Italian restaurant, Scalini, found in the Jumeirah Four Seasons restaurant village.

The British world champion, who adopted a vegan diet in 2017, happily posed for a snap with Scalini’s restaurant manager after dining at the upscale Italian restaurant. 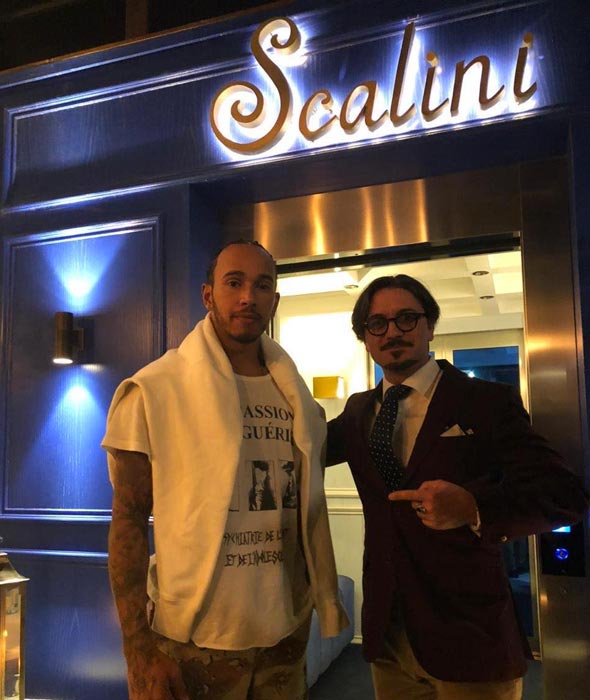 And he’s not the only celebrity who’s a fan of the Italian brand. The original Scalini restaurant in Mayfair opened its doors in 1988, and over the years has welcomed stars such as Kate Moss, members of the Beatles, Johnny Depp, Jude Law and Simon Cowell. In fact, you’ll find photos of the many famous faces seen in the London restaurant lining the walls of the Dubai venue.

It appears to have been an adrenaline-fuelled visit for Hamilton before he’s even hit the track. This morning, he took to Instagram to share a video of his “Sky Diving Swag” with his 13.7 million followers. 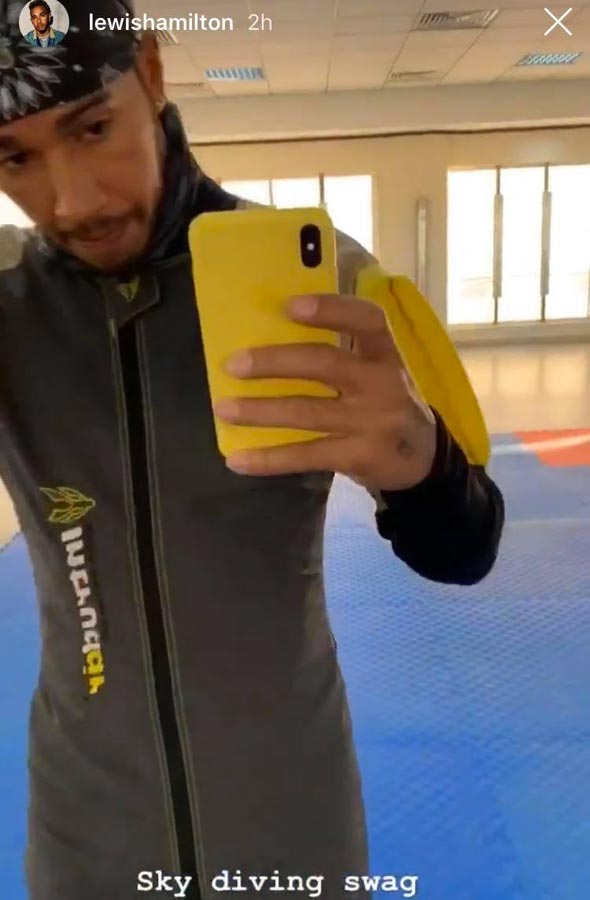 By the looks of it, the famous racing driver took to the skies above the Dubai desert with Sky Dive Dubai, rather than taking flight from their sky diving centre in Dubai Marina.

With two days to go before practice begins, we wonder what else Hamilton has planned in the UAE?

Celebrities
Eat & Drink
Restaurants
EDITOR’S PICKS
13 Sheikh Hamdan-approved restaurants in Dubai
READ MORE
Dubai brunches temporarily banned in new preventative measures
READ MORE
12 upcoming Dubai mega-projects we can't wait for
READ MORE
16 of the best beach bars in Dubai for sundowners
READ MORE
MOST POPULAR
Enjoy brunch, breakfast and a stay at Westin Abu Dhabi from Dhs432
Get a free gym class at this cool new Dubai gym
Pics of the week: Your best photos of the UAE
Emirates Airlines and DHA to implement digital verification of traveller medical records
7 of the tastiest breakfast burgers, buns and baps in Dubai
YOU SHOULD CHECK OUT
Our website uses cookies and other similar technologies to improve our site and your online experience. By continuing to use our website you consent to cookies being used. Read our privacy policy here.