Break away from the norm this New Year’s Eve…

If you’re not keen on the hundreds of gala dinners, parties and brunches happening on New Year’s Eve this year, that doesn’t mean you have to miss out. Whether you want to take a trip out to the desert, party in a water park, or have a fun night in. We’ve rounded up some of the best alternative ways to celebrate New Year’s Eve in the UAE. 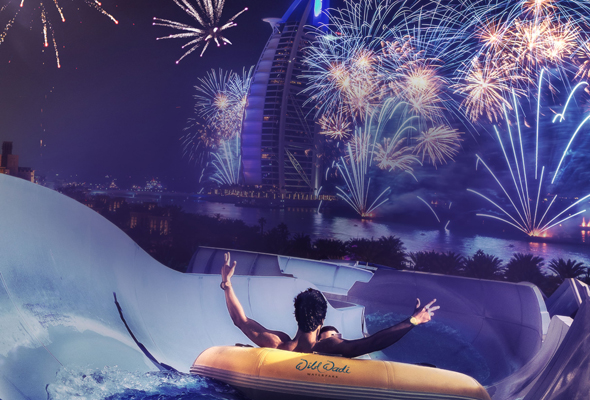 This New Year’s Eve, Wild Wadi has a huge party planned. With 30 rides and attractions to choose from, you’ll be spoilt for choice as you slip and slide your way around the waterpark. It’s open from 8pm to 11.30pm and conveniently located next to Burj Al Arab, meaning that from midnight you’ll be able to enjoy all of the stunning fireworks.

Enjoy a night under the stars 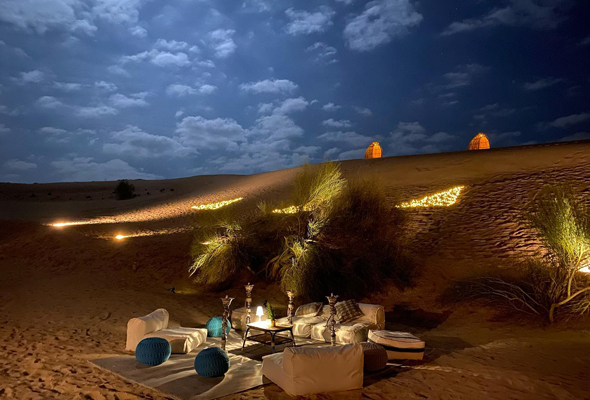 Spend the evening at the stunning newly-launched Sonara Camp. On New Year’s Eve there will be an alternative dining experience with dishes including fattoush, shrimp and leek ravioli with coconut bisque sauce and lamb chops marinated with kaffir, sweet spices and mint. There will also be children’s activities and a DJ throughout the night. Prices include unlimited soft drinks, with house drinks available to buy separately. 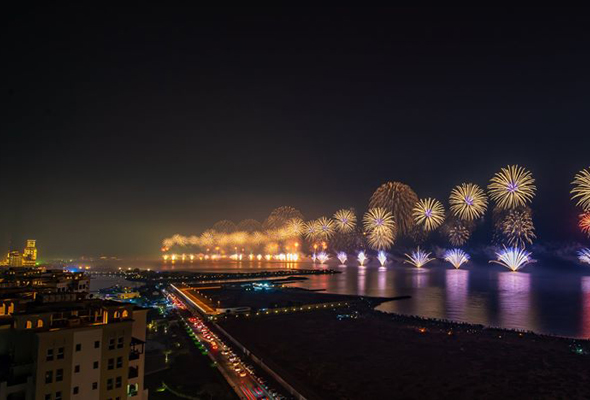 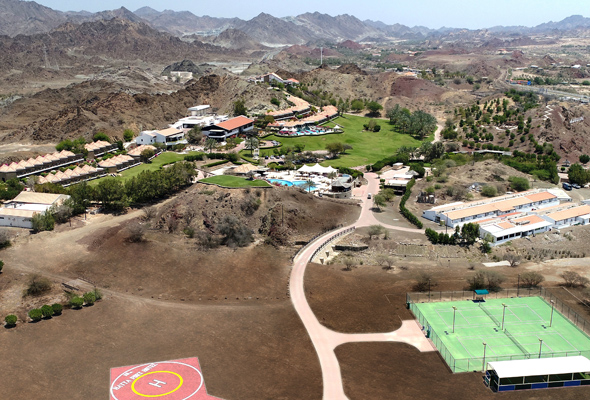 JA Hatta Fort Hotel has a luxury festive staycation package worth a whopping Dhs25,000 that would make a great alternative New Year’s Eve idea. It starts with a private helicopter ride, collecting you from Palm Jumeirah to take you to the Hatta resort via the stunning Hajar Mountains. You’ll stay in a luxurious three-bedroom villa where you’ll have a private butler, couples massage, horse riding, pedal boat ride, private cinema screening and more.

Host a delicious dinner for your friends 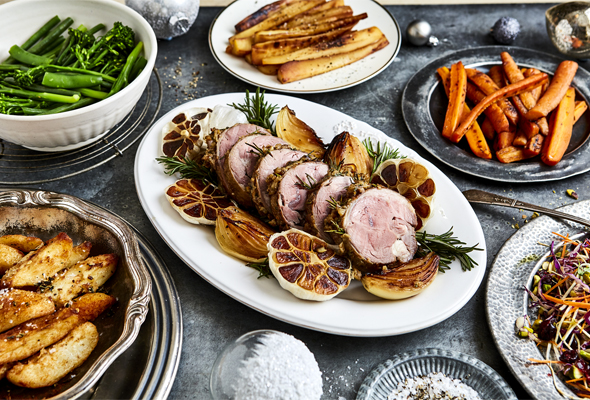 If you don’t fancy venturing out for New Year’s Eve this year, why not cook up a delicious feast at home? Gather your friends and celebrate the end of 2019 with a tasty feast. To help you out, the team at Marks & Spencer have collaborated with acclaimed Dubai chefs Nick and Scott to create a range of easy to follow recipes. You can find the video series on Marks and Spencer’s YouTube channel. Bonus points if you have a view of the fireworks!

Pair dinner with a show 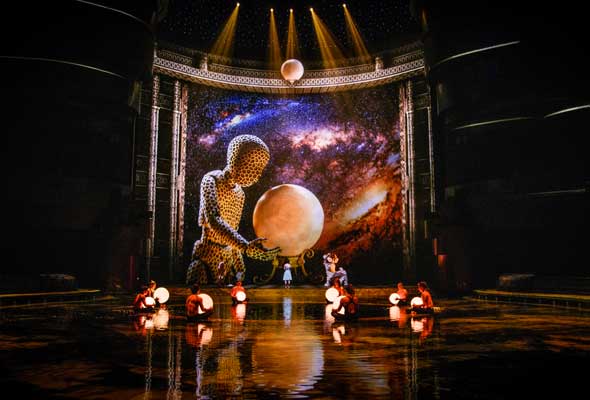 If you’re looking to be amazed on December 31 then La Perle by Dragone is a great alternative New Year’s Eve idea. You’ll start the night with a gold class seat to the performance followed by a five course dinner at BQ – French Kitchen & Bar or World Cut, both located in Habtoor Palace. The spectacular show is a must-see, with death defying stunts and mesmerising acrobatics. The dinner and a show ticket is priced at Dhs865 with soft beverages, with upgrades available.

Christmas
EDITOR’S PICKS
13 Sheikh Hamdan-approved restaurants in Dubai
READ MORE
Dubai brunches temporarily banned in new preventative measures
READ MORE
12 upcoming Dubai mega-projects we can't wait for
READ MORE
16 of the best beach bars in Dubai for sundowners
READ MORE
MOST POPULAR
5 awesome art events and exhibitions in Dubai to check out in March
Stay at the new Hilton Abu Dhabi Yas Island with park access from Dhs429
This Dubai beer garden is the perfect post-work watering hole
BOA Dubai has closed forever, here's what will replace it
2 Dubai chefs are teaming up for a cool collaboration in D3 next week
YOU SHOULD CHECK OUT
Our website uses cookies and other similar technologies to improve our site and your online experience. By continuing to use our website you consent to cookies being used. Read our privacy policy here.