The footballing hero will talk through his impressive 50 year career…

British Football fans, here’s one for you: football legend and king of the jungle Harry Redknapp is bringing his sellout UK tour to Dubai.

Taking place on Friday January 31, 2020 at the Movenpick Hotel on JBR, fans will be able to hear the West Ham hero in conversation with his trusted sidekick, Noel Brodie.

Prepare to head down memory lane as the much-loved English footballer talks his way through his impressive career, which began at West Ham in 1965, with some often hilarious anecdotes along the way.

Football fans, here's how you can meet Rio Ferdinand in Dubai 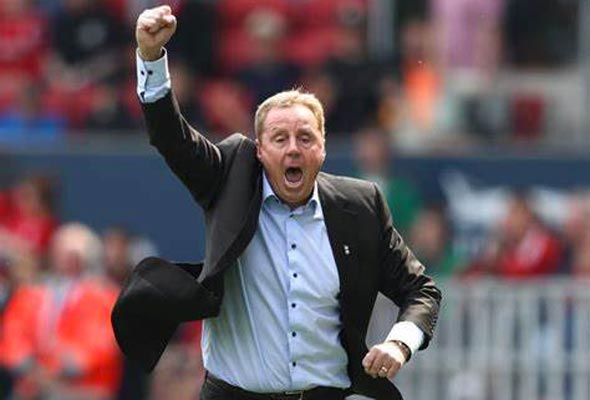 From humble beginnings at West Ham, Harry Redknapp was signed to football teams including Newcastle United and AFC Bournemouth. His coaching career took him back to West Ham and AFC Bournemouth, as well as Portsmouth, Southampton and Tottenham Hotspur, Queens Park Rangers and Birmingham City.

As well as his glittering football career, Redknapp will also discuss his 2018 stint on I’m A Celebrity, Get Me Out Of Here, the British reality TV show he successfully won to emerge as king of the jungle last December.

Doors open at 6.30pm, with the show starting at 7.30pm. Tickets are Dhs295 for show entry, or Dhs575 for a show ticket plus three hours of free-flowing drinks.

There’s also the option to upgrade to the VIP ticket, which includes a private bar, VIP seating, three course dinner with Harry after the show, a fun-filled Q&A session between courses and a meet and greet opportunity. These are Dhs1,200.

Celebrities
Sport & Fitness
EDITOR’S PICKS
What’s On Nightlife Awards 2021: Here are the nominees...
READ MORE
It's back! What's On Lock In returns to Media One Hotel
READ MORE
Arts and culture: 5 spots we can't wait to visit at Expo 2020 Dubai
READ MORE
UAE petrol prices are set to decrease in September 2021
READ MORE
MOST POPULAR
6 fun things to do in Abu Dhabi this week: September 19 to 22
Most affordable way to rent a car in the UAE? Try pay-as-you-go…
Vaccinated UAE travellers will soon be exempt from UK quarantine
Watch: The moment the Abu Dhabi road checkpoints were removed
This might just be the most stunning rooftop restaurant yet
YOU SHOULD CHECK OUT
Our website uses cookies and other similar technologies to improve our site and your online experience. By continuing to use our website you consent to cookies being used. Read our privacy policy here.