The world's first Warner Bros. hotel is set to open in Abu Dhabi

Set to open in 2021, it’ll boast 250 rooms, a Warner Bros. themed restaurant and direct access to the theme park…

The hotel is currently in development on Yas Island in the capital, with construction now 40 per cent complete. It will be located adjacent to the Warner Bros. World Abu Dhabi theme park so once open, those who wish to stay at the hotel will be able to enjoy a complete Warner Bros. experience – epic! 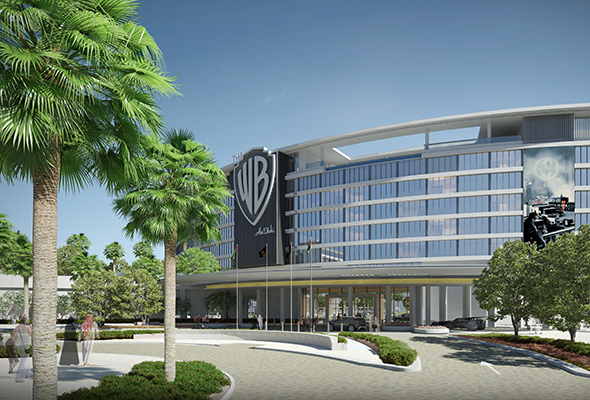 The Warner Bros. hotel is the first of it’s kind to ever open, but it’s safe to assume that it will take its inspiration from the world-famous Warner Bros. brand, all while providing premium amenities for both its leisure and business guests. 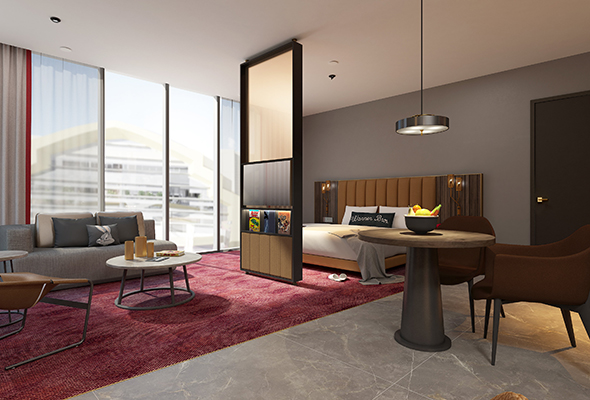 Rendering of a Junior Suite

The Warner Bros. hotel will boasts more than 250 rooms over eight levels and will feature modern décor that celebrates Warner Bros.’ extensive film and television library.

For the little ones, the Warner Bros. hotel will provide a range of amenities such as an indoor and outdoor Kid’s Club, and a child-friendly pool.

For the business travelers, there will be a range of high quality and adaptable meeting rooms, and a large ballroom where one can host events.

Commenting on the development, Pam Lifford, President of Warner Bros. Global Brands and Experiences has stated “Following the successful debut of Warner Bros. World Abu Dhabi, we are thrilled to expand our presence in the region with the studio’s first-ever branded hotel. This new venture will pay tribute to Warner Bros.’ legacy of rich entertainment, offering fans a unique way to experience their favorite brands and characters.”

We can’t wait to book our stay here!

News
Staycations
EDITOR’S PICKS
13 Sheikh Hamdan-approved restaurants in Dubai
READ MORE
Dubai brunches temporarily banned in new preventative measures
READ MORE
12 upcoming Dubai mega-projects we can't wait for
READ MORE
16 of the best beach bars in Dubai for sundowners
READ MORE
MOST POPULAR
TikTok launches local food guide to help you decide #WhereToEat
8 great things to do in Abu Dhabi this Weekend: March 4 to 6
10 of the best spa deals in Dubai right now
Here’s your chance to meet one of the world’s top chefs in Dubai
Be part of the conversation at Culture Summit Abu Dhabi 2021
YOU SHOULD CHECK OUT
Our website uses cookies and other similar technologies to improve our site and your online experience. By continuing to use our website you consent to cookies being used. Read our privacy policy here.